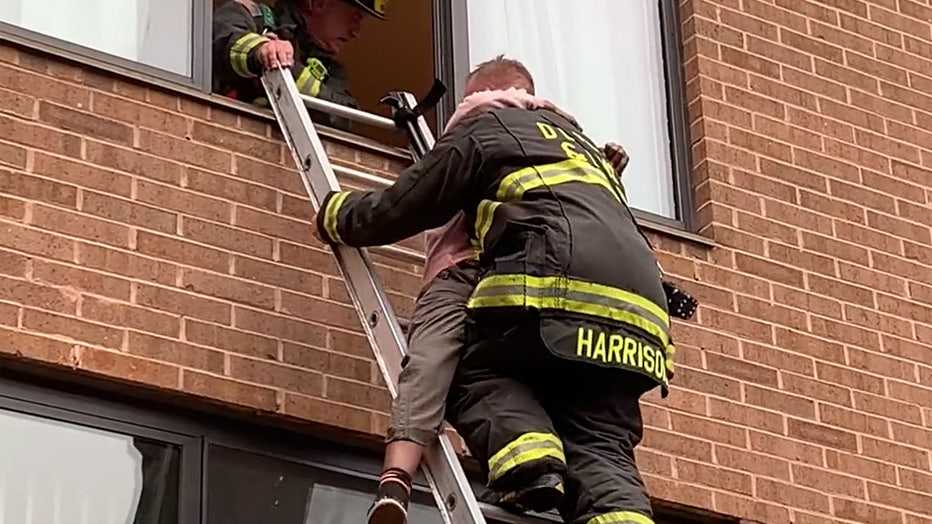 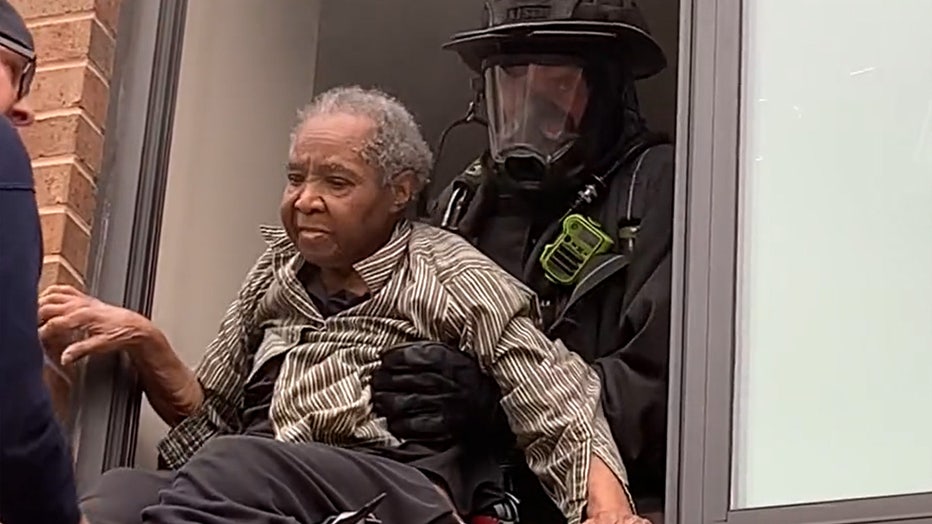 Officials say smoke was pouring out of the second floor of the 8-story building when they arrived.