LAS VEGAS - Another set of human skeletal remains was discovered at drought-stricken Lake Mead on Monday – the fifth set of remains recovered since May and the third to be found at the lake’s Swim Beach area.

National Park Service (NPS) rangers set up a perimeter in the Swim Beach area of the Lake Mead National Recreation Area in Nevada to recover the remains after responding around 8 p.m. to a report of the grim finding, the NPS said in a statement on Tuesday.

The investigation is ongoing, and no further information will be immediately provided, the NPS said.

It marked the fifth time since May that remains had been uncovered as Western drought forces the shoreline to retreat at the shrinking Colorado River reservoir behind the Hoover Dam. 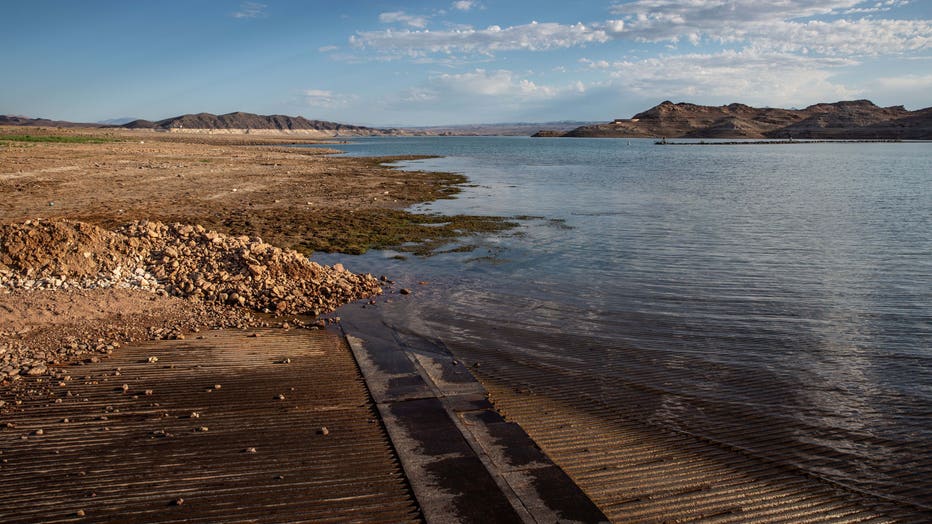 BOULDER CITY, NV - JULY 12: The Hemenway boat ramp at the marina on Lake Mead, the country's largest man-made water reservoir, formed by Hoover Dam on the Colorado River in the Southwestern United States, which has dropped 2 inches every day since Fe (Photo by George Rose/Getty Images)

While no details were immediately available about the fourth set of remains, investigators later said the remains may be linked to partial human remains found on July 25 at the water line of the swimming area.

"At this time, the investigation into these remains includes working to determine whether the two sets of remains are from the same person or not," the coroner’s office told the Las Vegas Review-Journal last week.

On May 1, the first set of human remains at the depleted lake was discovered inside a barrel near Hemenway Harbor. Police believe the remains were that of a man who died from a gunshot wound, and the body was likely dumped in the mid-1970s to early 1980s.

Police have speculated that more remains may be discovered as the water level at Lake Mead continues to recede.

Lake Mead is currently less than a quarter full and the seven states overall that depend on its water missed a federal deadline to announce proposals on plans cut additional water next year.