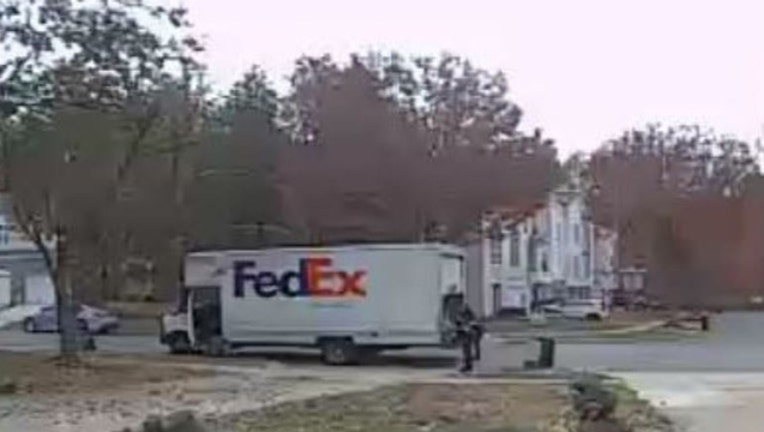 BOWIE, Md. - Bowie Police are looking for a suspect who stole a FedEx truck at gunpoint Monday morning.

The truck has a Maryland license plate reading 8CW3536 and is a 2014 Chevy box truck with FedEx markings.

The carjacking occurred in the 6000 block of Grenfell Place around 10:30 a.m.

The suspect was described as a “tall, black male armed with an unknown gun.”

A FedEx truck was stolen at gunpoint in Bowie on Monday, according to officials.