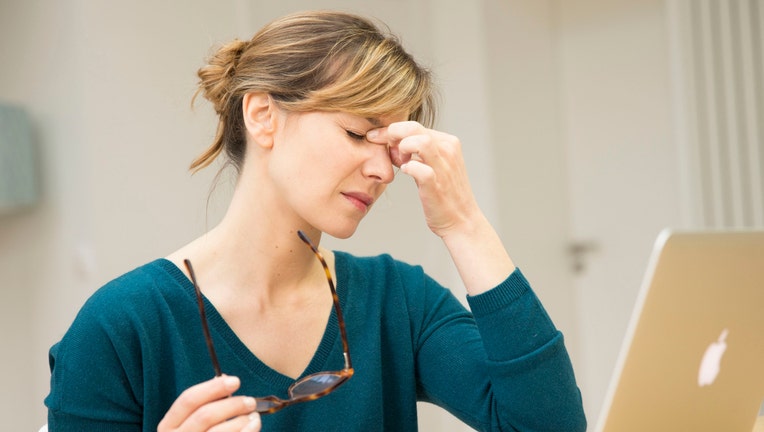 WASHINGTON - The U.S. Food and Drug Administration has approved a new drug to treat migraines.

Ubrelvy, which comes in tablet form, can be effective in treating migraines with aura, a visual disturbance often associated with severe headaches, according to an agency statement.

“Migraine is an often disabling condition that affects an estimated 37 million people in the United States,” Dr. Billy Dunn, acting director of the Office of Neuroscience in the FDA’s Center for Drug Evaluation and Research, said in the memo.

“Ubrelvy represents an important new option for the acute treatment of migraine in adults, as it is the first drug in its class approved for this indication," he said. The FDA "will continue to work with stakeholders to promote the development of effective migraine therapies.”

The agency granted approval of the medication to drugmaker Allergan USA, which brought in more than $4 billion in net revenue in the third quarter of this year, according to internal data. Its extensive portfolio of medications also include popular drugs like Botox.

Researchers tested the drug in two randomized, double-blind, placebo-controlled trials of more than 1,400 patients with a history of migraines. In each study, participants achieved pain relief within two hours of taking Ubrelvy, the FDA said. Ubrelvy cannot be used for preventive treatment of migraines.

Allergan did not immediately respond to a request for comment from FOX Business, but the cost of over-the-counter pain killers for severe headaches, like Advil, is about $13.

In 2016, direct and indirect costs associated with migraines in the United States were $36 billion, according to the American Journal of Managed Care.

Allergan’s stock is up 43 percent on the year.