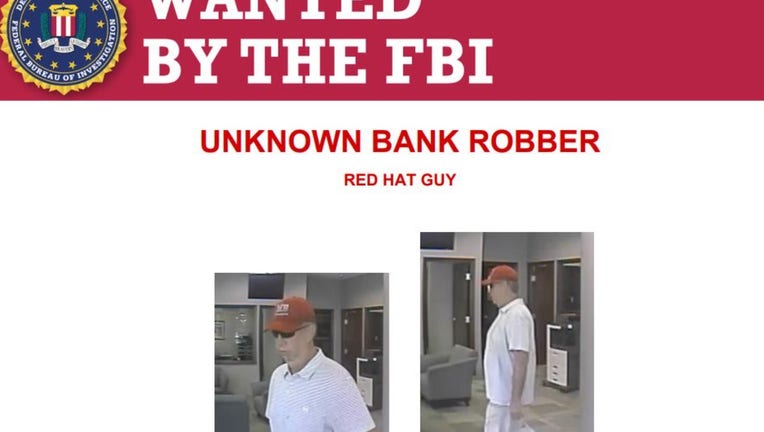 The male suspect is wanted for committing a bank robbery on Sept. 16 at a Truist bank in downtown Silver Spring.

An investigation by detectives revealed that Red Hat Guy displayed a black handgun during the incident and demanded money from a teller. The employee handed over an undisclosed amount of money to the suspect who then left the bank.

Detectives released photographs (below) of the suspect from the surveillance footage in the bank.

A reward of up to $10,000 is being offered for information that leads to the arrest of the suspect.