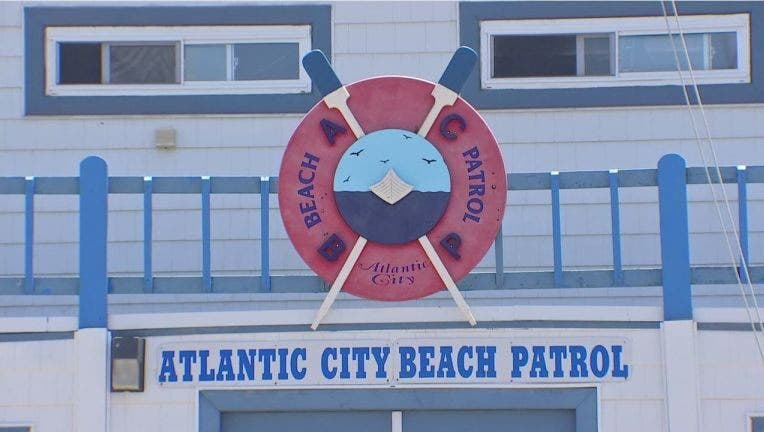 ATLANTIC CITY, N.J. - A father died Monday morning while attempting to save his son from drowning in Atlantic City, according to police.

Crews responded to the beach at New Jersey Avenue for a report of a child drowning around 9:30 a.m.

While responding, the 11-year-old child was able to make it to the shoreline.

A former police officer, Jim Glorioso Jr. of Amsterdam, New York, observed the father struggling in the water, retrieved a boogie board and entered the water. Glorioso located the man after he had gone under water and attempted to pull him on the boogie board.

Crews assisted both men to shore, where the father was unresponsive and firefighters began performing CPR. He was transported to the AtlantiCare Regional Medical Center, where he died a short time later. The child was also transported to the medical center for treatment.

The Atlantic City Beach Patrol was off-duty at the time of this incident. Police say beach patrol immediately responded from a nearby beach tent.

Police have yet to identify the deceased.