Search continues for father, son both missing after going under while swimming in Potomac River

Search crews continue to scour the Potomac River in Charles County for a father and son who went missing after going under while swimming Monday.

CHARLES COUNTY, Md. - The body of a 10-year-old boy who was swimming with his father in the Potomac River Monday in Maryland when they both went missing has been recovered. The boy's father's body was found Tuesday morning after search efforts continued through the night.

FOX 5’s Bob Barnard says search crews found the boy's body Monday night in the water off of Swan Point, a Charles County community along the banks of the river.

U.S Coast Guard officials say Elias Isai Sandoval Pimentel, 43, his wife, and three children had anchored their 23-foot bowrider on the Potomac River. Two of the children (ages 10 and 12) were swimming when both children began to struggle in the water. Pimentel entered the water in an attempt to help both children. Hel and his 10-year-old son disappeared in the water and did not resurface. The 12-year-old child was recovered from the water by a good Samartian nearby and transported to the hospital with non-life-threatening injuries. 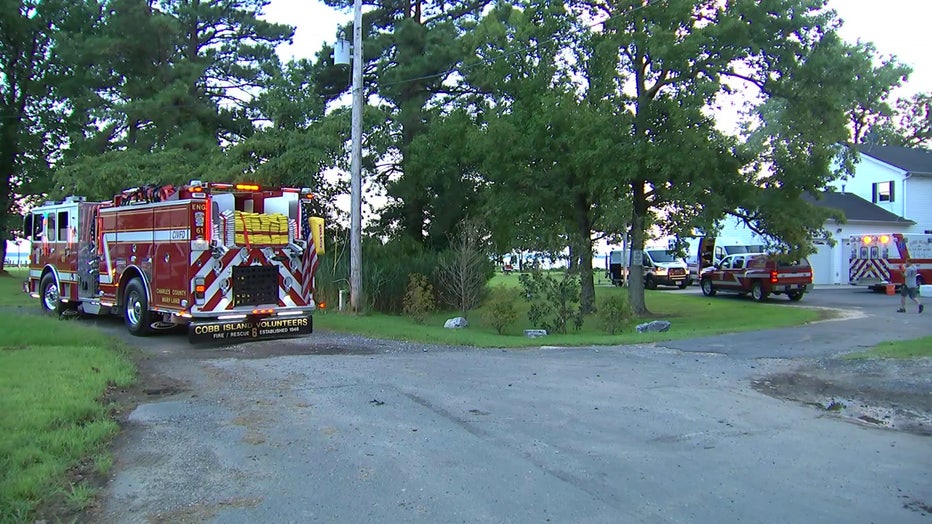 Search and rescue crews with Maryland Natural Resources, the United States Coast Guard, and Maryland State Police, among other agencies assisted with the search of the area. A U.S. Coast Guard helicopter was also launched to search by air.