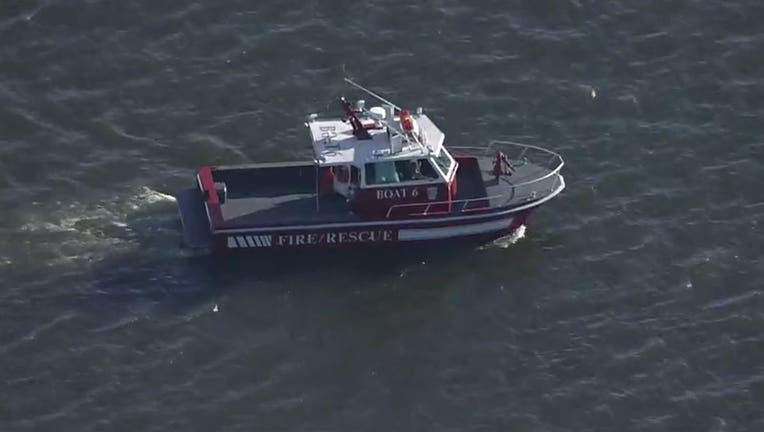 CHARLES COUNTY, Md. - Two people — including one child — have been reported missing in the Potomac River, and the rescue operation is underway.

Local authorities were alerted of a vessel in distress just south of the 301 bridge in the Swan Point neighborhood of Charles County around 4:30 p.m. Monday. The Coast Guard was notified shortly after.

The Coast Guard, the Department of Natural Resources, and several other agencies are involved in the search for the missing man and boy.

A spokesperson for the Coast Guard said a family of five was swimming from shore to their anchored boat when they began to experience distress. Someone nearby assisted the other family members while the father attempted to help his son. The two disappeared after the boy was struggling to swim.