A local parent says her child is scared to return to school after child services mistakenly picked him up.

WASHINGTON (FOX 5 DC) - “We just felt like that my son wasn’t going to come back,” the mom of a kid mistakenly released from a D.C. school tells FOX 5.

The mother of a D.C. second-grader mistakenly released from a Northwest D.C. elementary school described the pure panic that set in the moment she learned her 8-year-old son was missing.

“This cannot be my family. It was very scary. Like everyone, my son’s siblings was crying. Everyone was panicky. My dad was panicked. We just felt like that my son wasn’t going to come back,” said Nyte West, who described those tense moments like a scene out of a Lifetime movie – she couldn’t believe it.

On January 31, DC Public Schools confirmed a Child and Family Services Agency worker arrived at Harriet Tubman Elementary School in Columbia Heights to pick up a student for a visitation meeting with a parent.

FOX 5 was told the school handed over a kid with the same first name, but a different last name. The elementary school’s staff had handed over the wrong child.

A CFSA Spokesperson says the worker, not knowing the mistake, left and took the child to McDonald's before going to headquarters, where they realized something was wrong. D.C. Police reviewed school surveillance video as part of this investigation. 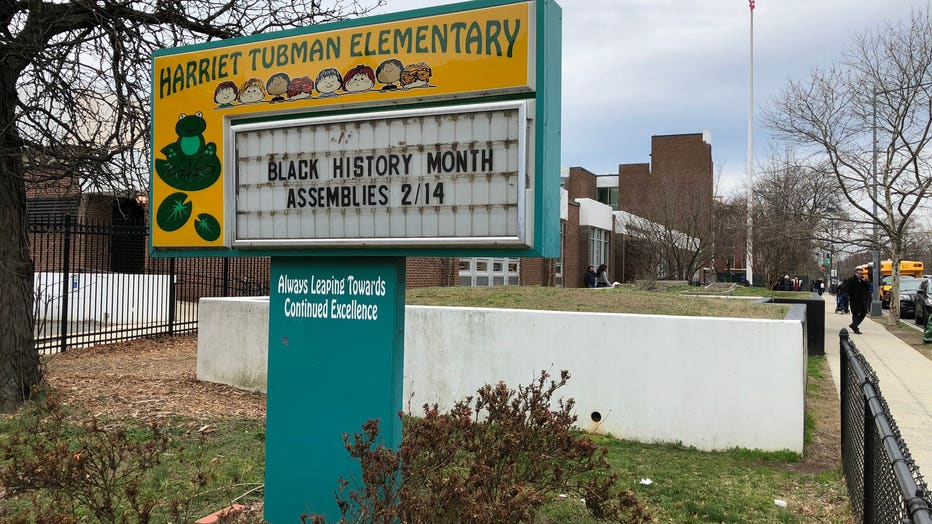 The school’s principal released a letter apologizing for not informing the school community earlier. Principal Amanda Delabar also outlined a slew of student safety protocols Harriet Tubman Elementary will be reinforcing and enforcing.

“Anyone picking up a child must have permission to pick up the child and show identification,” read one of the security protocols. The principal also made time on Tuesday morning and Wednesday afternoon for parents to ask questions or voice concerns. A DCPS Spokesperson told FOX 5 no one attended the Wednesday 3:30 p.m. meeting.

CFSA Director Brenda Donald gave a written statement to FOX 5. Part of that statement read, “…The child was never in any danger, the entire incident took place over an hour or less, the mistake was realized, the child was returned. No children were endangered.”

West told FOX 5 the family does not fully agree with that response. She also hopes parents take away something from this incident.

“Know what the school protocol is. Know what you allow,” said Nyte West, “Know what they allow. Some things that they have in their protocol may not be okay with you and your family. And really for, I want to say for [CFSA]  I think they should get a better hold on their security, their protocol ‘cause [CFSA] can just go take your kid without saying anything.”

On Wednesday, a Child and Family Services Agency official told FOX 5 they do not have plans to change policy and that the service worker involved in the January elementary school incident properly followed CFSA policy.

It was explained to FOX 5 that it is not policy to confirm a child’s name once certain paperwork is submitted to pick up the child, because it is assumed the school is releasing the correct child.

Editorial Note: This has been corrected to reflect the statement originated from CFSA Director Brenda Donald.