WASHINGTON - For the start of football season, the NFL made clear it's trying to embrace the social justice movement.

Some players put names or messages on the back of their helmets: George Floyd, Breonna Taylor, Elijah McClain, Black Lives Matter.

Washington's Dwayne Haskins chose to honor Davon McNeal, 11, who was murdered in Southeast, DC and dreamed of playing for the NFL. 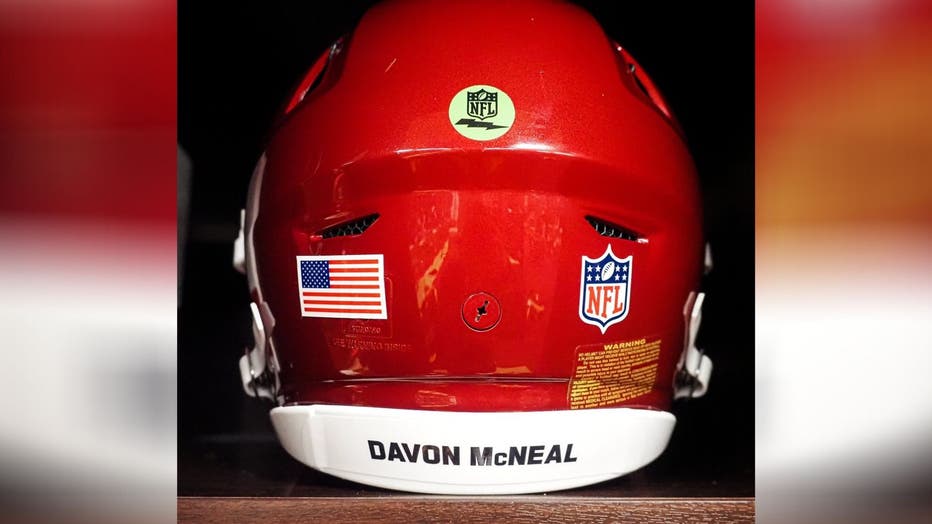 "He put that spirit in them!" Ayala said.

He said he and his family were excited to watch for Davon's name throughout the game, posting photos on Facebook.

Davon loved football and was a standout. Family said last season he scored 28 touchdowns for his team.

"He took them to the championships," said Ayala.

At 11 years old, it wasn't just a dream, but a promise he'd play for the NFL one day. Ayala said Davon would often talk about buying new homes for his family members after he made it.

Activism in the NFL is shaping up to be an important part of the season. The words "End Racism" and "It Takes All Of Us" are printed in the end zones. The song, "Lift Every Voice and Sing," which is frequently referred to as the Black national anthem, was sung before games. And players and coaches have chosen different people to honor with helmet decals and badges, mainly victims of racism and police brutality, as well as social justice heroes.

"I believe NFL is definitely making a step in the right direction," Ayala said.

But Ayala said there‘s also work to be done to stop killings, like Davon's. Davon was shot in the head by a stray bullet at peace cookout on July 4th. Police later arrested four men.

"With me, I don't look at it just when a police officer hurts one of us. Even though we know that's the main thing everybody talks about," Ayala said. "We got to also branch off to when we hurt each other In the community."

He said what's most needed is programs to engage young people and mentorships to benefit youth.