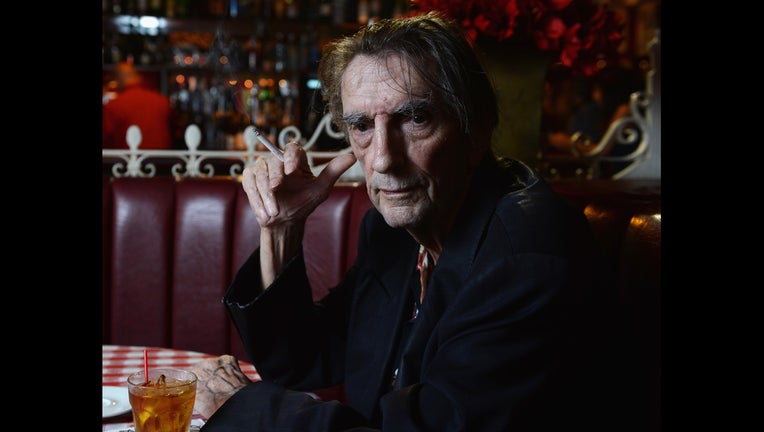 LOS ANGELES, Calif. (FOX 11 / CNS) - Harry Dean Stanton, the prolific character actor with an often-rumpled, down-and-out look that endeared him to audiences in films including "Pretty in Pink," "Repo Man" and "Alien," died Friday in Los Angeles at age 91.

Stanton began his acting career in the mid-1950s, toiling in generally small, forgettable roles on television and film but working steadily for decades. By the 1970s, he began appearing in bigger-budget projects, including
Clint Eastwood's "Kelly's Heroes," "The Godfather: Part II" and as a member of the doomed crew in the original "Alien."

He had his first leading role in "Paris, Texas," playing a drifter trying to reconnect with family and friends.

The same year, he appeared in what would become a cult classic -- "Repo Man" -- portraying a hard-drinking veteran of the trade who tries to educate new recruit Emilio Estevez. He portrayed Molly Ringwald's father in "Pretty in Pink."

Stanton's other credits include "Escape from New York," "Alpha Dog," "Christine," "Red Dawn," "Twister" and several David Lynch films, including "Wild at Heart" and "Twin Peaks: Fire Walk with Me."

"The great Harry Dean Stanton has left us," Lynch said Friday. "There went a great one. There's nobody like Harry Dean. Everyone loved him. And with good reason. He was a great actor, actually beyond great, and a great human being."

Stanton portrayed a cult leader on HBO's "Big Love," and he starred in Showtime's recent revival of Lynch's "Twin Peaks."

He will be seen in the upcoming film "Lucky," set to be released at the end of September.