Fairfax County is weighing a program that will require drivers to apply for a permit in order to cut through certain neighborhoods.

FAIRFAX COUNTY, Va. (FOX 5 DC) - Fairfax County is weighing a program that will require drivers to apply for a permit in order to cut through certain neighborhoods.

The program proposed is called the “Resident Cut Through Program.” It takes the cut-through restrictions already in place in three different neighborhoods in Fairfax County and expands them into zones. If you live within the designated zone, you can apply for a permit to cut through during a restricted time without facing a $97 fine.

The Fairfax County Board Supervisor who introduced the proposal, John Foust, says this is about safety and people being able to drive to their home without being ticketed. Board Supervisor Penelope “Penny” Gross tells FOX 5, this is a battle over money and convenience: wealthier neighbors still wanting access but less traffic near their homes.

The two lawmakers both say the proposal started with a battle over the Navigation app Waze and the American Legion Bridge. Waze redirects drivers to detours to avoid traffic back-ups. Foust and Gross say residents near the American Legion Bridge were not happy with the large amounts of traffic getting re-routed into their neighborhoods. This issue went up to the Virginia State Legislature, which cleared the way for the proposed: “Resident Cut-Through Program.” 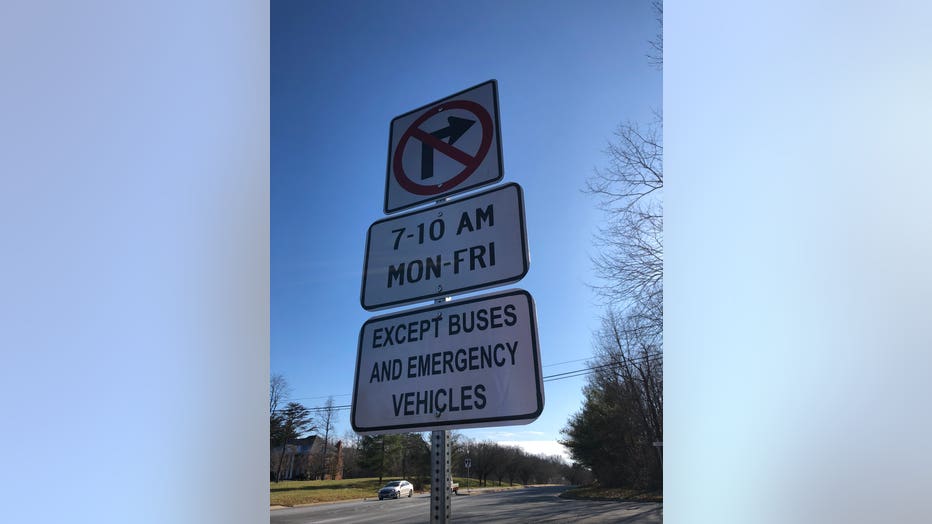 The permit program would apply to these three existing cut-through locations:

Fairfax County is weighing a program that will require drivers to apply for a permit in order to cut through certain neighborhoods.

“We had kids, we had a tree taken out where kids were standing. We had so many close calls it was terrifying,” said Marcia Espenschied near the cut-through restriction sign at Algonkian Parkway and Thomas Avenue. Espenschied told FOX 5 they worked with the Virginia Department of Transportation (V-DOT) to get approval for their cut-through and that it went up a few months ago.

“For us it was just really a safety concern,” she added.

“Yeah, I think it’s a little dramatic. So I wouldn’t necessarily approve of that if I had any say,” Janet Hall, responding to the fines.

The cost for turning without a permit is a $97 “Failure to Obey a Highway Sign” fine. Foust tells FOX 5 right now, that is the price for everyone who turns during a restricted time. The program outline also includes fines for fraudulently obtaining a permit or improperly displaying one.

The program would allow residents, active duty military members, diplomats and full-time students to apply inside the “Permit Zone.” Caregivers, service providers and visitors would not be allowed to apply.

The cost of the software alone to run this program is estimated to be $230,000. Fairfax County Police would be allowed to enforce “on a complaint basis.”