The Fairfax County School Board has voted in favor of a plan to start bringing small groups of students back in two weeks.

FAIRFAX COUNTY, Va. (FOX 5 DC) - The Fairfax County School Board voted Tuesday to bring thousands of students and hundreds of staff members back to school starting next month.

The board voted in favor of a plan by Superintendent Scott Braband that would bring back 6,707 students and 653 staff members by the end of October. This would primarily impact special needs students and there would be three phases of students returning.

Students and teachers will be put in small groups and will stay with their group throughout the day, so presumably, if one person got sick, it would impact that one group and that one classroom.

Three board members voted against the plan, some voicing concerns that more students should return in this first phase, including all kindergarten, first and second grade students. The district will revisit reopening in October to talk about bringing more students back.

There were also questions about whether there would be adequate teacher staffing. Brabrand said teachers who have medical conditions that put them at high risk would not have to return. But all other categories of educators, including those with immediate family who are high risk, would have to come back to school as more students returned. 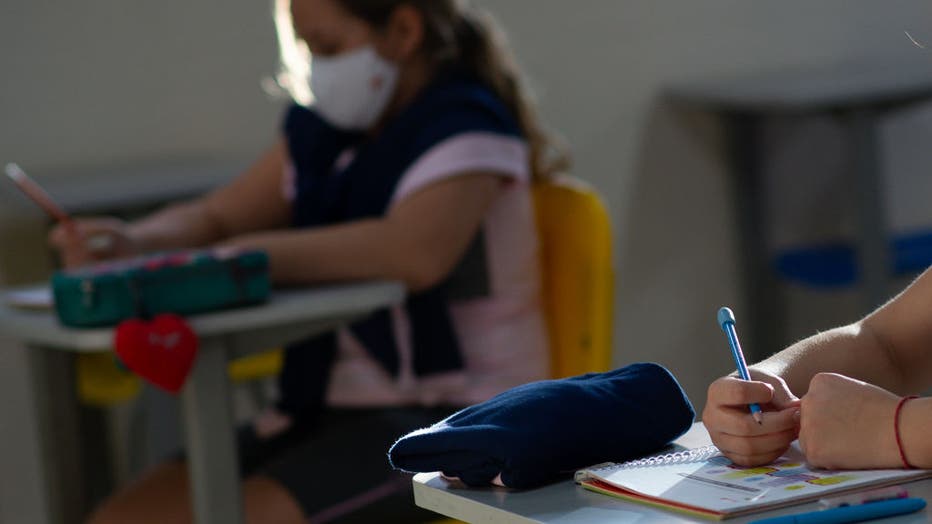 “As we do return to schools and bring students back, the teachers who teach those kids-we need most of the remaining teachers to return to the classroom,” said Braband.

He said for the October reopening, he expected there to be sufficient staff. But board members wondered about the future.

“In some schools, teachers are outright resigning and I’ve heard from principals today about that,” said board member Melanie Maren.

In a statement, the Fairfax County Federation of Teachers said it hoped the district would respect the request of all educators who do not want to return to class.

“If these requests are not honored, staff will be forced to choose between their jobs or the health and safety of themselves and their families. In order for our school community to successfully recover from this pandemic, we must support our employees,” said Tiffany Finck-Haynes, with FCFT.

During the five hour long meeting, board members also asked what kind of health metrics, like new covid cases and hospitalization rates, would allow for more students to return and what would cause the district to put on the brakes.

Braband indicated he had the metrics from the state health department, but was told not to make them public.

”We were specifically told that those metrics were not to be shared and I have not shared them,” Brabrand said.

He said the state is expected to share the information later this week.