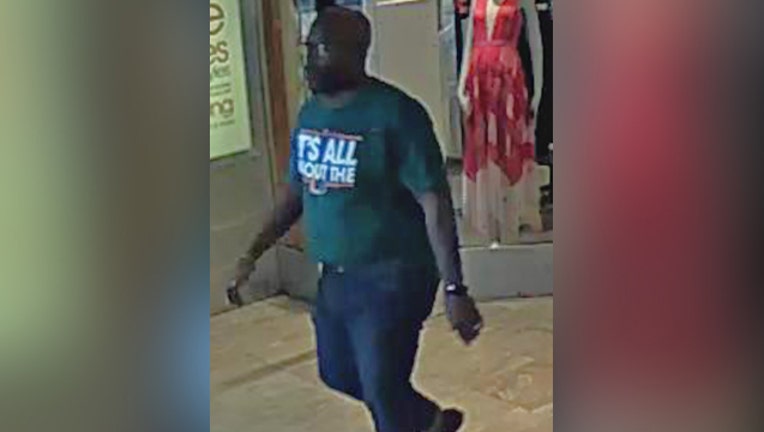 When the mother entered bathroom, the two men left.

One of the men reportedly re-entered the bathroom a short time later, and remained in the store.

Video footage showed one of the men in the area of the store around the time of the incident.

Police are hoping you can help them identify the suspect.

This is not the first lurid incident to occur in a bathroom in the Springfield Town Center Macy's. In July, a suspect who was also caught on camera allegedly recorded a boy using the bathroom.