A&nbsp;Fairfax County&nbsp;pastor stabbed during Bible study Saturday is home from the hospital according to the church.

CHANTILLY, Va. (FOX 5 DC) - A Fairfax County pastor stabbed during Bible study Saturday is home from the hospital according to the church.

Pastor Sean Clemons was welcomed home by staff at Grace Covenant Church who did a social distancing drive by and brought dinner, according to head Pastor Brett Fuller.

Harrison was a church member and part of the singles ministry, according to Fuller. He said there were 20-30 people in the Bible study when Harrison arrived with a knife and made "incoherent statements" as he approached Clemons. 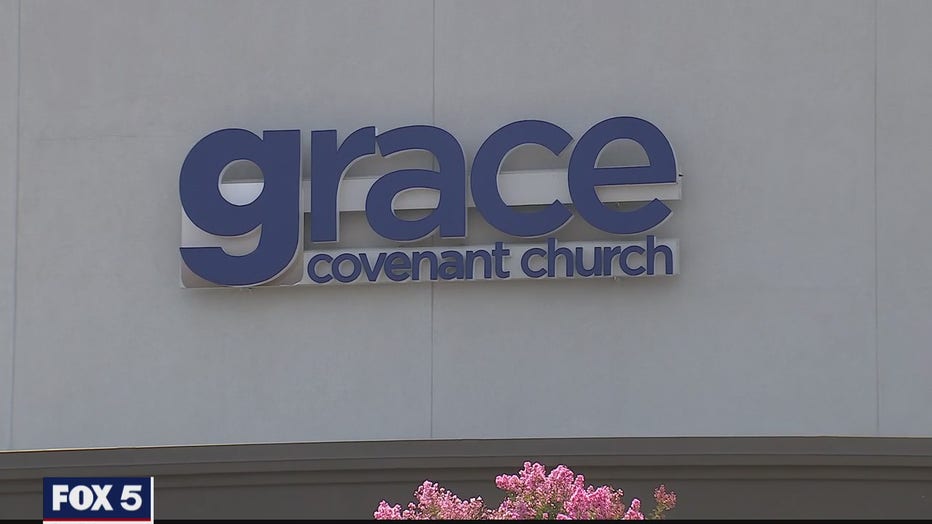 Fuller said some in the church who talked to Harrison recently felt something was off, but no one expected this.

"Just about everybody I know, that I've talked with about this, was surprised. I mean, completely surprised," said Fuller.

He said he doesn't know what the motive could be.

Fuller said lives were saved by several people who stopped Harrison, including Fairfax County Police Chief Ed Roessler who is a member of the church and was attending the Bible study.

Meanwhile, several miles from the church FOX 5 spoke to some of Harrison's neighbors who were shocked. One woman said Harrison recently texted her about buying a new truck and planning to travel.

FOX 5 reached Harrison's mother by phone, but she had no comment.

Fuller said he appreciates the outpouring of support for the church. He said he's praying for those hurt and also for Harrison.

"That he would come to his senses as best as possible, understand the depths of his actions and seek forgiveness from the people he hurt," said Fuller.

Harrison was taken to the Fairfax County Adult Detention Center and charged with two counts of aggravated malicious wounding, one count of felony assault on a police officer and one count of misdemeanor assault. He is being held without bond.