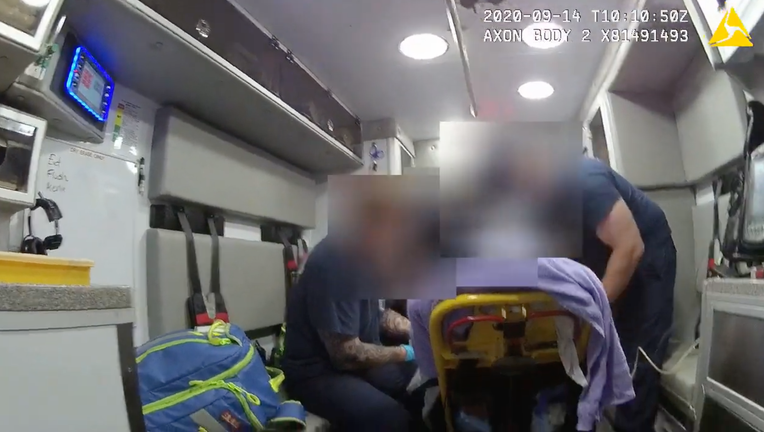 FAIRFAX COUNTY, Va. (FOX 5 DC) - A Fairfax County firefighter has been charged with assault following an altercation that police say happened when a patient was being transported to a local hospital on September 14.

According to Fairfax County Police, Fairfax County Firefighter Andrew Cruikshank was riding in a medic unit with the patient at around 6 a.m. when an altercation took place.

FCPD says the victim in the case was in police custody at the time of the altercation and it was captured on bodyworn camera. Watch the video below:

After an investigation, Cruikshank, who has been with the fire department for two years, was charged with one count of misdemeanor assault on Monday. He has been placed on administrative leave.

“This action goes against the values we hold at the Fairfax County Fire and Rescue Department,” says Fire Chief John Butler. “We respect our role in the community and strive to build and maintain public trust. We remain dedicated to the safety and wellbeing of our community and will continue to ensure that our members are held to the highest standards of the profession.”