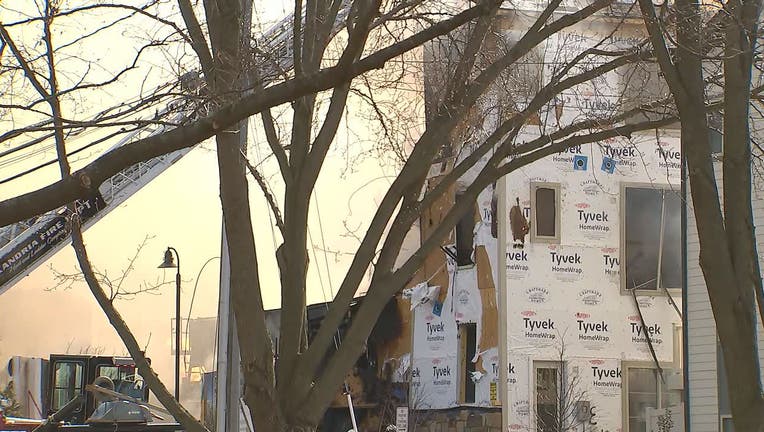 ALEXANDRIA, Va. - Fire officials say a massive fire that tore through dozens of buildings in Fairfax County over the weekend caused $48 million in damage and was started by improperly discarded smoking materials.

The Fairfax County Fire and Rescue Department released the cause of the blaze and the damage estimates Thursday morning.

Two firefighters and another person were hospitalized for minor injuries following the four-alarm blaze, which broke out around 9:40 a.m. Saturday near Route 1 and Poag St.reet in the Groveton area of Fairfax County.

A construction worker told firefighters the blaze started in a trash chute at a construction site on the scene before spreading to nearby buildings. The fire destroyed a five-story condominium building under construction and damaged another 14 town homes, four single-family homes, five apartment buildings, a commercial building and 28 vehicles.

Smoke from the fire could be seen over 20 miles away. The fire resulted in power outages and traffic delays around the area.