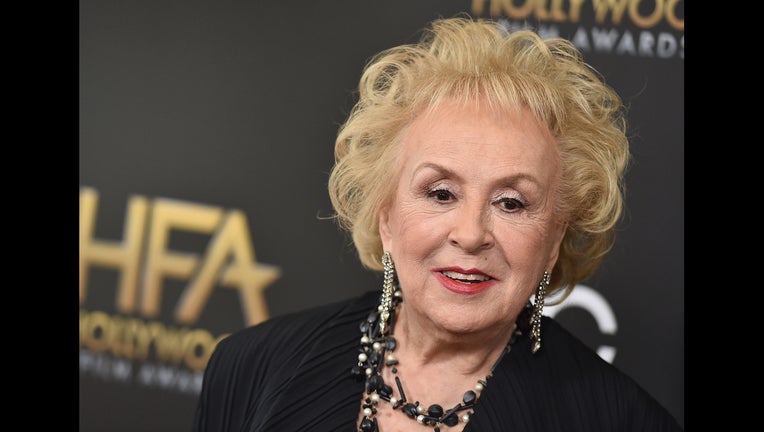 The spunky actress who played the tart-tongued, endlessly meddling mother on CBS' "Everybody Loves Raymond" received an outpouring of praise on Monday following news of her death.

Phil Rosenthal, the sitcom's creator, called her "a wonderful, funny, indelible actress and friend" on Twitter.

CBS said in a statement that Roberts "will be remembered for lighting up every room she walked into with an unparalleled combination of energy, humor, warmth and even a little bit of grit."

Roberts died overnight in her sleep, spokeswoman Janet Daily said. She was told of the death by Roberts' son, Michael Cannata. Roberts was 90.

The cause of death was not immediately known. Roberts had been healthy and active, Daily said.

Last month, Roberts appeared at an actors' union event that focused on the scarcity of female directors in entertainment. The outspoken critic of age discrimination asked the panel why there were so few roles for elder actors.

Roberts won four Emmy Awards for her portrayal of Marie Barone on CBS' "Everybody Loves Raymond," receiving a total of seven nominations as best supporting actress for the sitcom.

"She was funny and tough and loved life, living it to the fullest," Heaton tweeted. She recalled Roberts as a "consummate professional."

Comedian Denis Leary tweeted that Roberts "made me laugh so hard so many times."

Roberts also was known for her role in the 1980s TV detective series "Remington Steele." She appeared on stage and in a variety of movies, including "The Rose," ''The Taking of Pelham One Two Three" and "Madea's Witness Protection."

But it was the hugely successful "Everybody Loves Raymond" that "put my career over the top," Roberts told The Associated Press as the show wrapped its run.

Roberts, then 79, fretted openly about what she would do next. "Who knows after this? Nobody writes for older people," she said.

Yet her list of TV and movie credits continued to grow, with projects from 2015, including the TV movie "Merry Kissmas," and others slated to be released this year.

The actress began her stage career on Broadway in the 1950s, amassing credits that eventually included Neil Simon's "The Last of the Red Hot Lovers" and Terrence McNally's "Bad Habits."

In early TV appearances, she was seen in episodes of "Studio One," ''The Naked City" and "The Defenders."

Roberts received her first Emmy Award in 1983, for her supporting role on the series "St. Elsewhere." She received a total of 11 nominations for her TV work overall, including her bids for "Raymond."

An enthusiastic cook, Roberts co-wrote "Are You Hungry, Dear? Life, Laughs, and Lasagna," a memoir with recipes, in 2005.

Besides her son, she is survived by her daughter-in-law, Jane, and three grandchildren, Kelsey, Andrew, and Devon Cannata.