Montgomery County’s Board of Elections was supposed to certify votes in the County Executive race Friday, that was until election workers announced Thursday that 102 uncounted provisional ballots had been discovered. FOX 5's Stephanie Ramirez reports.

MONTGOMERY COUNTY, Md. - Election officials in Montgomery County have certified election results in the Democratic race for Montgomery County Executive, and according to a tally incumbent Marc Elrich is the primary winner.

According to the Maryland's Board of Election website, incumbent County Executive Marc Elrich now leads candidate David Blair by 35 votes. 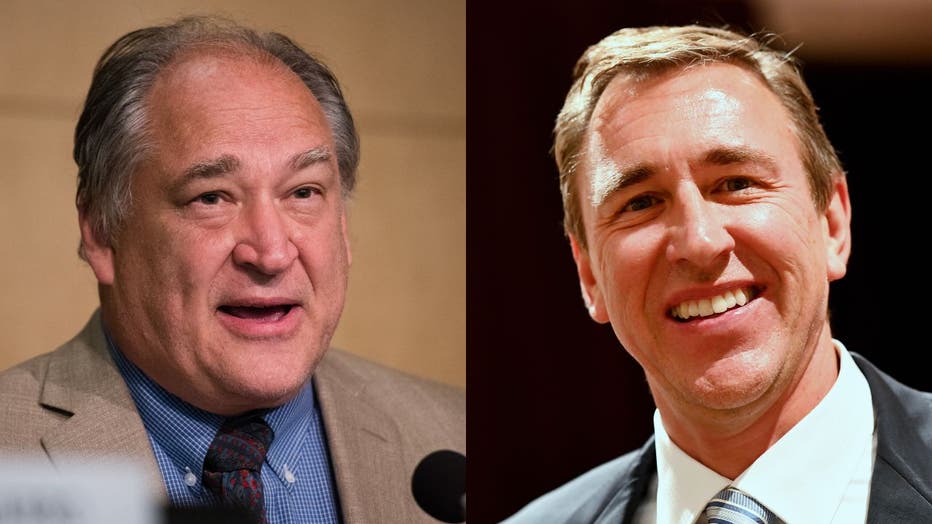 The Montgomery County Board of Elections held a meeting Saturday and officially certified the vote. They say the state will certify the vote on Monday.

Despite the certification, the results will not be official yet as Blair has indicated he will be requesting a recount.

This is the second straight tight race Elrich and Blair have run against each other. In 2018, just 77 votes gave Elrich the victory.

Saturday's certification comes after Board of Election officials found 102 provisional ballots on Friday that had not been counted forcing them to delay certifying the vote. Prior to the county of those votes Elrich held a 42 vote lead in the race.

The tightly contested race to become the democratic nominee for Montgomery County Executive remains too close to call according the Associated Press, despite one candidate claiming victory and the other calling for a recount.

If the results hold, Elrich will face Reardon Sullivan in November. Sullivan beat out Shelly Skolnick in the Republican primary.