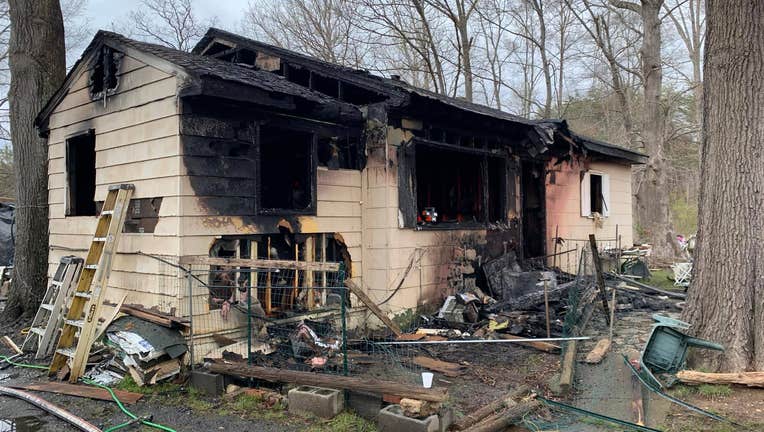 SPOTSYLVANIA COUNTY, V.a. (FOX 5 DC) - Spotsylvania County Fire and Rescue say an elderly woman has died in a house fire in Fredericksburg after re-entering the home to save several pets.

Crews responded to a report of a residential structure fire with someone trapped in the 10100 block of Jim Morris Rd. just before 8 a.m. on Sunday. Officials found smoke and fire through the home with flames venting from the front.

The home was occupied by three elderly relatives at the time of the incident. An elderly female discovered the fire and assisted her elderly sister and husband from the home before re-entering to retrieve several pets.

She was apparently overcome by the smoke and was not able to make it back out to safety. The two occupants that made it out of the home were transported to the hospital for smoke inhalation, but are expected to be fine.

Investigators are working to determine the cause and origin of the fire.

Spotsylvania County Fire and Rescue say they mourn with the family at the loss of their loved one who died after heroically saving other family members. They also ask everyone to never re-enter a building on fire to save pets or belongings, urging everyone to "get out and stay out," in the event of a fire.