FREDERICK, Md. - Authorities say a driver is dead after crashing into a home in Frederick Wednesday.

The crash happened around 1:45 a.m. in the 100 block of South Jefferson Street.

Officers say the blue Dodge minivan left the roadway and struck a house in the area of S. Jefferson Street and W. South Street. The crash started a fire and the driver became trapped, investigators say. 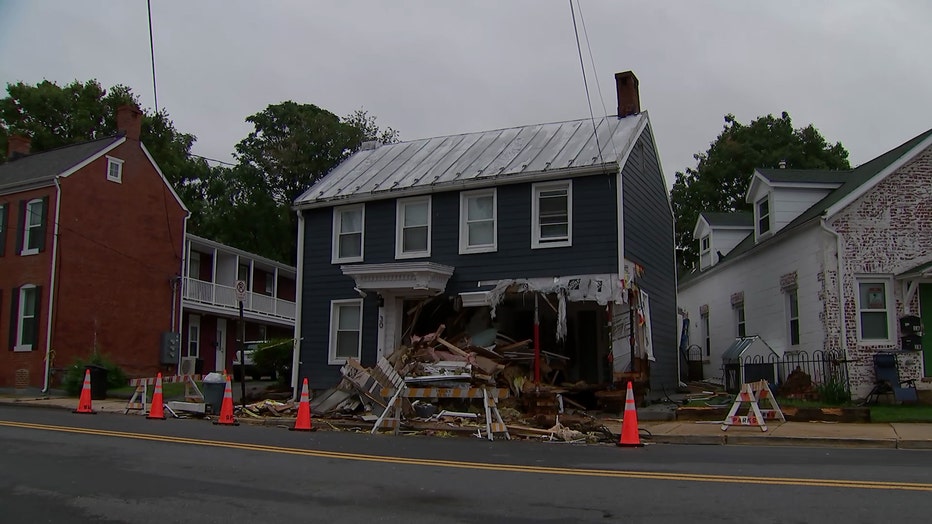 The female driver was transported to an area hospital where she later died.

The collision damaged the front of the residence and the structure is being evaluated by building inspectors. Investigators say three people were in the house when it was struck. One suffered minor injuries and the other two were not injured.