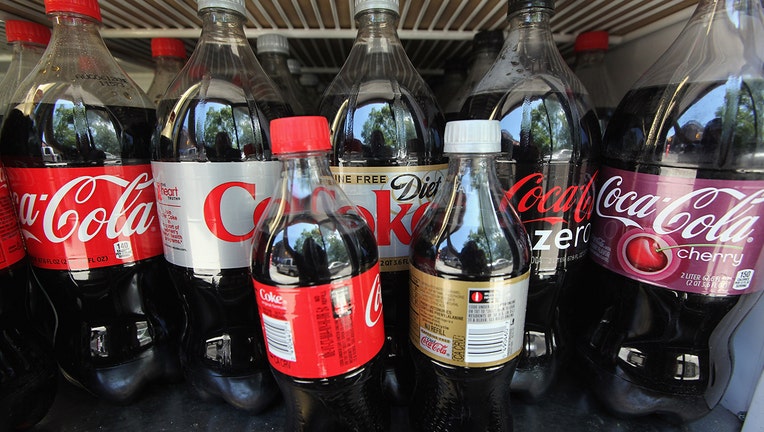 Their new study, published in Pediatric Obesity, shows kids and teenagers who drank Diet Coke and other diet beverages ate an extra 200 calories a day.

That's compared to their peers who only drank water.

More surprising was the fact that kids downing diet drinks consumed the same number of daily calories as those guzzling the sugary versions, like regular Coke.

'Water should be recommended'

Dr. Allison Sylvetsky, who led the study at the George Washington University, said: "These results challenge the utility of diet or low-calorie sweetened beverages when it comes to cutting calories and weight management."

"Our findings suggest that water should be recommended as the best choice for kids and teens."

Her team has been investigating diet drinks for years.

Past studies have shown that kids and young adults consume low-calorie sweeteners in lots of different food and drinks - not just diet sodas. In 2017, their findings showed the consumption of these sweeteners jumped by 200 percent in children and teenagers, from 1999 to 2012.

Yet, despite the popularity, scientists still don't know for sure how sweeteners affect a child's total calorie intake over the course of the day. And the jury is still out on whether they actually help you lose weight.

To look at the issue more closely, Sylvetsky and her team looked at the diet records of 7,026 kids and teenagers enrolled in the National Health and Nutrition Examination Survey, from 2011 to 2016.

Kids and teenagers reported what they ate and drank over a 24-hour period.

The researchers focused on those kids drinking sodas packed with low-calorie sweeteners or sugar.

The researchers also noted, after taking into account body weight:

-Kids who drank both diet and regular drinks consumed an extra 450 extra calories a day, when compared to water drinkers.

Weight gain can be deadly

Sylvetsky said the findings are important because nearly one in three kids in the U.S. is overweight or obese, increasing their risk of type 2 diabetes, heart problems, cancer and other health problems.

She added the study suggests a link between drinking diet sodas and eating more calories and sugar over the course of the day.

While scientists remain unconvinced of the benefits of diet drinks in helping people lose weight, experts have tried to offer parents practical advice.

Sylvetsky agreed. She said kids and teenagers - as well as adults - should aim to drink more water instead of soft drinks and eat plenty of fruit, vegetables and whole grains.

She suggested trying flavored sparkling water, with a splash of 100 percent fruit juice as a good alternative to soft drinks.