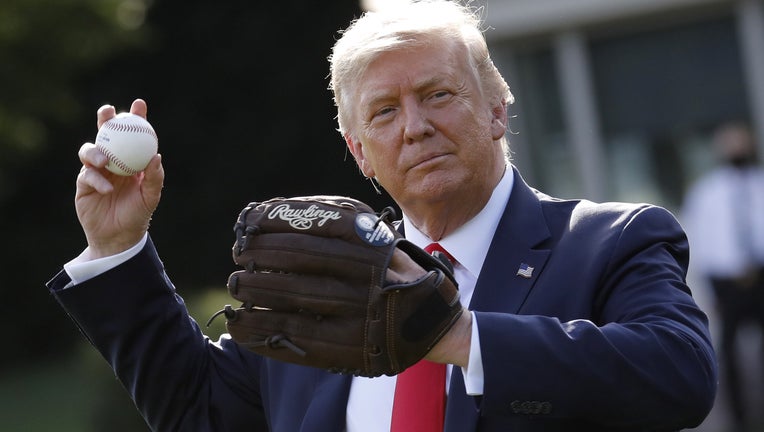 TMZ reports Trump will be in Atlanta for Game 4 on Saturday but it's unclear if any of his family members will be with him.

TMZ's report says Trump will not be a guest of Major League Baseball Commissioner Rob Manfred.

Trump spoke out against MLB's decision to move the All-Star Game from Truist Park following the passage of election reform in Georgia.

"Baseball is already losing tremendous numbers of fans, and now they leave Atlanta with their All-Star Game because they are afraid of the Radical Left Democrats who do not want voter I.D., which is desperately needed, to have anything to do with our elections," former President Trump said in the press release. "Boycott baseball and all of the woke companies that are interfering with Free and Fair Elections. Are you listening Coke, Delta, and all!"

Manfred said prior to Game 1 of the series in Houston that MLB tries to "keep the focus on the field in the game."

"Atlanta played great down the stretch, did a tremendous job in the playoffs," he said. "They earned their right in the World Series, and we’re looking forward to being back in Atlanta."

"We always have tried to be apolitical. Obviously, there was a notable exception this year," he added.

He also admitted: "Let me say this: It’s harder than it used to be."