FOX 5's Perris Jones reports that a dog and her owner are happily reunited after the golden retriever was stolen Friday near Eastern Market in Southeast D.C.

WASHINGTON - A woman in Southeast D.C. is relieved to have her dog back after the pup was stolen Friday morning outside a CVS in Eastern Market.

Ryann Kinney told FOX 5 she goes to the CVS frequently and was there Friday less than a minute to grab a drink. Kinney said when she left the store her dog "Acadia" was gone.

RELATED: Police rescue 1 of the dogs stolen at gunpoint in DC

"I looked around and immediately called 911 and she was nowhere to be found," Kinney said. "They did look at the cameras and it looked like the person had taken her and went down 7th street and went towards Navy Yard." 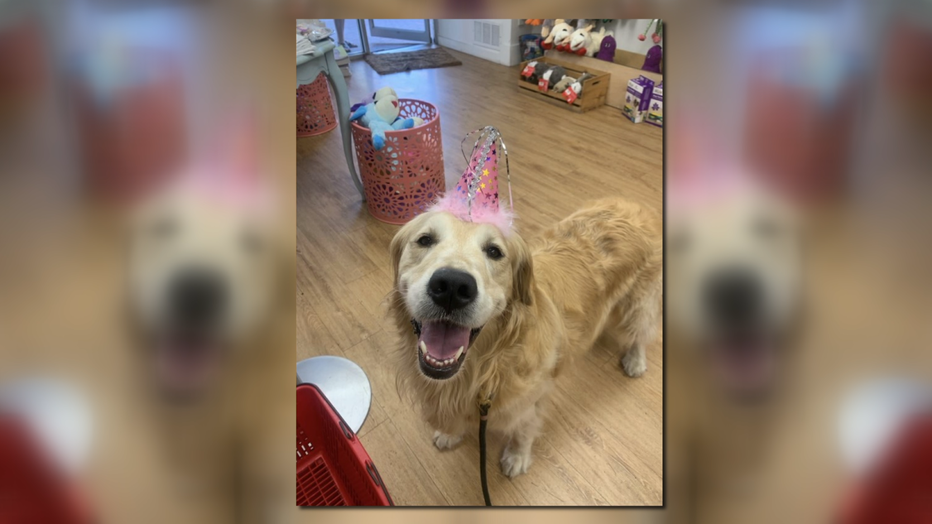 Kinney spent most of the day Friday looking for Acadia. She said family members, friends, and even strangers on social media all chipped in to help look for her dog.

The district has seen several stolen dog cases recently, and it’s one of the reasons Kinney didn’t believe she was getting Acadia back.

"They (Police) had told me there were other dog cases that were out and that the chances of them finding Acadia would be really difficult. We did have him on camera, but they didn’t know where he would be hiding."

Kinney told FOX 5 late Friday night she got a call from authorities saying they may have found Acadia in Capitol Heights Maryland; about six miles from where she was taken.

Kinney said she was able to pick up Acadia Saturday morning at the Prince George’s County Animal Services Division.

"I went out there early this morning they weren’t open yet and I actually saw someone come out to go to the bathroom and I went up to him and said my dog was stolen this is her do you mind if I just give her a quick hug and he was very very nice and was like of course and that was like our reconnecting moment."

Kinney said she wanted to thank everyone who stepped in to help search for Acadia.

Detectives are still investigating the surveillance video capturing the suspect stealing the dog, according to Kinney.