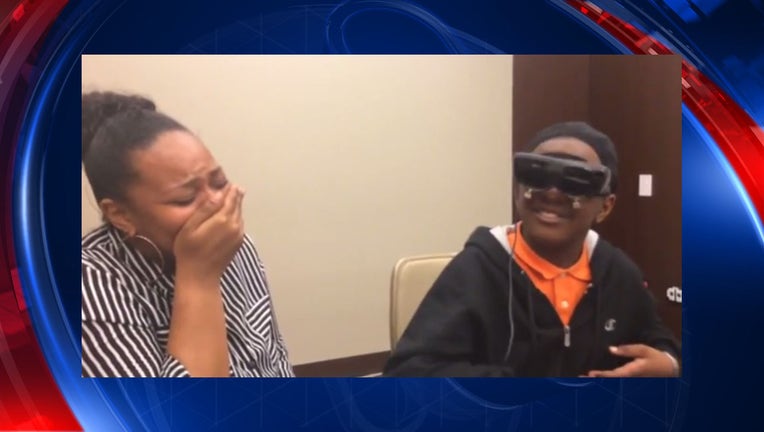 A Virginia fifth-grader whose eye muscles never fully developed, leaving him legally blind, was finally able to see his mother with a technology called eSight. When Chris Ward, 12, set his eyes on his mom, he gave her a compliment that brought tears to her eyes.

"Well when I first saw my mom for the first time, she was pretty," Ward told WBTV.com.

Ward also got to see words on a page for the first time.

See the full story at foxnews.com