U.S. lawmakers are reportedly questioning California Sen. Dianne Feinstein's capacity to do her job at her age.

Senators and other officials are reportedly concerned that Diane Feinstein, 88, is no longer mentally competent enough to do her job as a lawmaker, according to the San Francisco Chronicle. Feinstein's critics, however, have declined to speak on the record and asked to have their names withheld.

"I have worked with her for a long time and long enough to know what she was like just a few years ago: always in command, always in charge, on top of the details, basically couldn’t resist a conversation where she was driving some bill or some idea. All of that is gone," an anonymous lawmaker told the Chronicle. 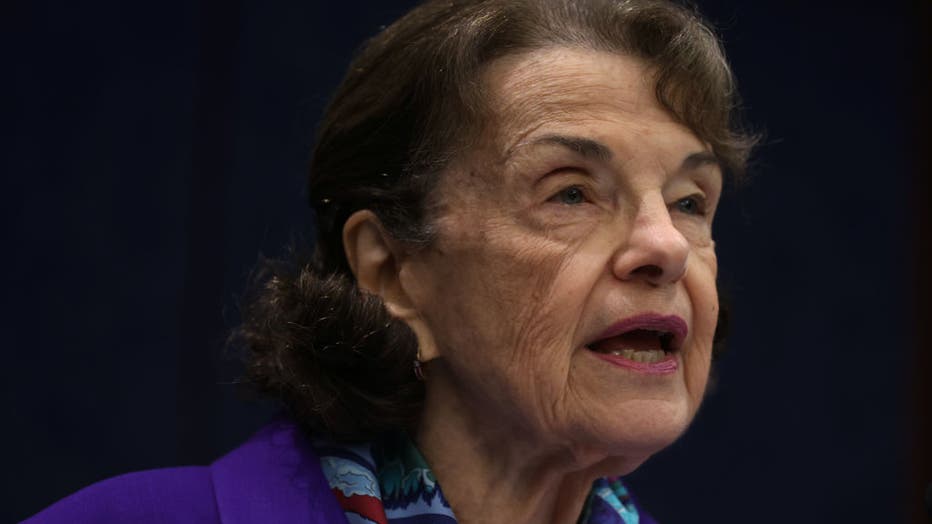 "She was an intellectual and political force not that long ago, and that’s why my encounter with her was so jarring. Because there was just no trace of that," the lawmaker allegedly continued.

"It’s bad, and it’s getting worse," a Democratic senator reportedly told the Chronicle.

Sources speaking to the Chronicle about the issue remained anonymous.

In particular, Feinstein has defended any perceived distractions as a consequence of her husband's tragic death due to cancer earlier this year.

"The last year has been extremely painful and distracting for me, flying back and forth to visit my dying husband who passed just a few weeks ago," Feinstein's office told Fox News Digital in a statement. "But there’s no question I’m still serving and delivering for the people of California, and I’ll put my record up against anyone’s."

Feinstein was first elected to the Senate in 1992. The 88-year-old Democrat has not indicated whether she plans to run for re-election.

The anonymous nature of the accusations and Feinstein's well-documented experience with tragedy over the past year leave her unnamed critics in a murky position.

Boxer said that if she spoke to Feinstein she’d express to her that a life away from Washington can be fulfilling on its own, according to the Los Angeles Times.

"If Sen. Feinstein were to call me today and asked my advice, I would say only you can decide this," Boxer said in an article published on Thursday. "But from my perspective, I want you to know I’ve had very productive years away from the Senate doing good things. So put that into the equation."