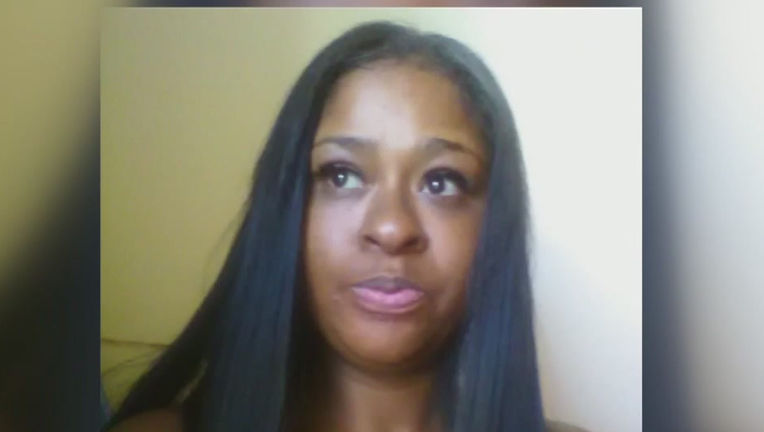 DETROIT (FOX 2)  - It started as a game for a pair of shoes. It ended with gunfire — and a mom of seven young children was caught in the middle.

Francesca 'Frankie' Marks was at Rouge Park near Plymouth and Burt for a barbecue with her kids, nieces and nephews. They were celebrating her sister's boyfriend's family reunion when someone started shooting.

"Her last words were 'Sis I think I've been shot.' And then she fell," said her mom, Sherri Scott. "That's senseless you don't do that at a park. Families go there to enjoy themselves."

Frankie's family says part of her sister's boyfriend's family were playing basketball nearby. That's where the shooting started.

"The guy lost the basketball game and it was, I guess, if you won the game you won some shoes," Sherri said.

Frankie's family says a fight broke out and the man left. But they said he came back and just started shooting, hitting Frankie. The mom of seven went into cardiac arrest and later died.

Her children range in age from two months to 12 years old watched as she fell to the ground, bleeding. Her twin sister tried to give her CPR but it was too late.

Frankie's daughter, Khia, said she was trying to save her kids from the shooting.

Khia, 10, also said they called 911. She said they were put on hold twice before Frankie's sister's boyfriend drove her to the hospital himself.

He got to a 7-Eleven parking lot at Telegraph and Joy before she died.

The shooter was gone.

"They have impacted this family something hard," said Sherri.

The family is now fighting to cope with the loss of their mother and a donation page has been set up to help the kids.

Her mother says right now, all she can do is pray.

"You're hurting families. You're hurting your family. We have kids here who will never know their mommy. They're going to grow up without a mother," Sherri said.