Congressional Democrats call for $50,000 of student debt to be canceled

Democrats from the Senate and House of Representatives spoke outside the Capitol on Feb. 4, reigniting their call to have President Joe Biden forgive up to $50,000 in student debt.

Schumer, D-N.Y., Warren, D-Mass., and Pressley, D-Mass., on Thursday reintroduced a resolution, which would allow the secretary of education to "cancel up to $50,000 in federal student debt."

The resolution also called on Biden to take executive action to "administratively cancel up to $50,000 in Federal student loan debt for Federal student loan borrowers" using "existing legal authorities" under the Higher Education Act of 1965. The resolution also "encourages" Biden to use executive authority under the Internal Revenue Code of 1986, which would prevent administrative debt cancellation from resulting in a tax liability for borrowers.

The lawmakers also encouraged Biden to "continue to pause" student loan payments and interest for federal student loan borrowers for the "entire duration of the COVID-19 pandemic."

More than four dozen Democratic lawmakers in both the House and the Senate joined the resolution on Thursday.

"Student loan debt is weighing down millions of families in New York and across this country," Schumer said in a statement. "During a time of historic and overlapping crises, which are disproportionately impacting communities of color, we must do everything in our power to deliver real relief to the American people, lift up our struggling economy and close the racial wealth gap. Democrats are committed to big, bold action, and this resolution to cancel up to $50,000 in federal student loan debt is one of the strongest steps the president can take to achieve these goals."

Warren added that "President Biden can take the single most effective executive action available to provide a massive stimulus to our economy, help narrow the racial wealth gap, and lift this impossible burden off of tens of millions of families" by cancelling the student loan debt.

"President Biden has the legal authority to cancel billions in student debt with the stroke of a pen and he must meet the moment by using that authority, which would not only set us on a path to an equitable recovery, but would also help reduce the racial wealth gap," Pressley said. 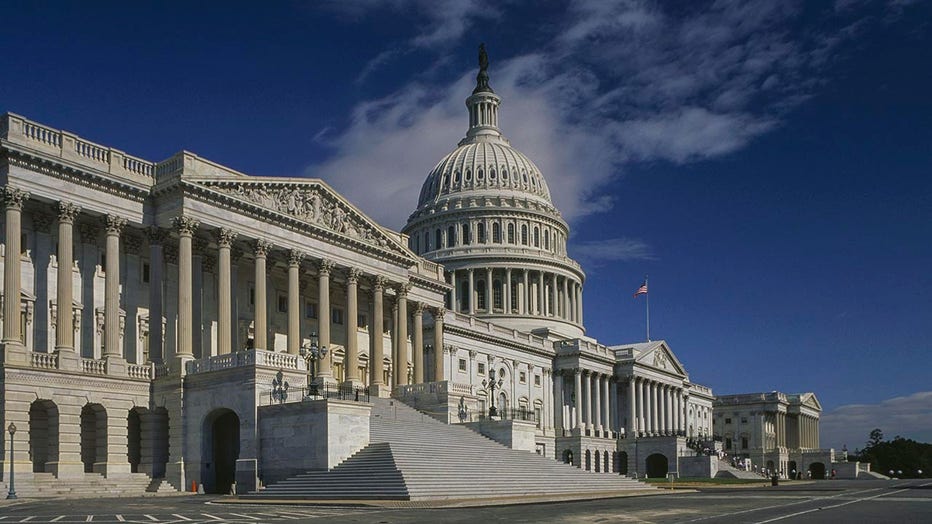 Biden, on his first day in office, extended the pause on federal student loan payments and interest through Sept. 30, 2021.

On Thursday, though, Schumer said: "President Biden has taken some good steps in the direction of student debt but we think he has to go much further."

"The bottom line is this is one of those things the President can do on his own," Schumer said. "There's very little that the president could do with the flick of a pen that would boost our economy more than canceling $50,000 in student debt will be a huge push into our economy."

In November, when Schumer began pushing for student loan debt cancellation through executive action, Biden said there should be "immediate" congressional action on student loans.

"Immediate $10,000 forgiveness of student loans, helping people up there in real trouble," Biden said Monday. "They’re having to make choices between paying their student loan and paying the rent. Those kinds of decisions."

Biden added: "It should be done immediately."

The official clarified that what Biden was referring to was congressional action.

Such sweeping executive action would almost certainly face a legal challenge, and it's unclear whether it could survive. Critics have argued that using such power exceeds the president's authority granted by Congress. Canceling student loan debt would also add to the nation's already-ballooning national deficit, which totaled a record $3.1 trillion for the 2020 fiscal year.

Outstanding student loan debt has doubled over the past decade, nearing a staggering $1.7 trillion. About one in six American adults owes money on federal student loan debt, which is the largest amount of non-mortgage debt in the U.S. It has been cited as a major hindrance in people’s "economic life" by Federal Reserve Chairman Jerome Powell.

Fox News' Jon Resnick and Megan Henney contributed to this report. Get updates on this story from foxbusiness.com.