Both sides of Central Avenue between Hampton Park Boulevard and Hill Road shut down Monday afternoon due to a deadly accident.

SEAT PLEASANT, Md. - A man is dead after a deadly crash in Prince George’s County on a stretch of road where there was a fatal accident a little over a week prior.

A woman who witnessed the crash told FOX 5 that her son left their car to try to help the victims. She recorded the moments that followed when several men searched around the wrecked cars, and she prayed the victims would be okay.

Seat Pleasant Police said the two other drivers involved in the crash had injuries that were non-life-threatening, and they did not go to the hospital. The driver killed has been identified as 28-year-old Jose Hernandez Chavez of Hyattsville. 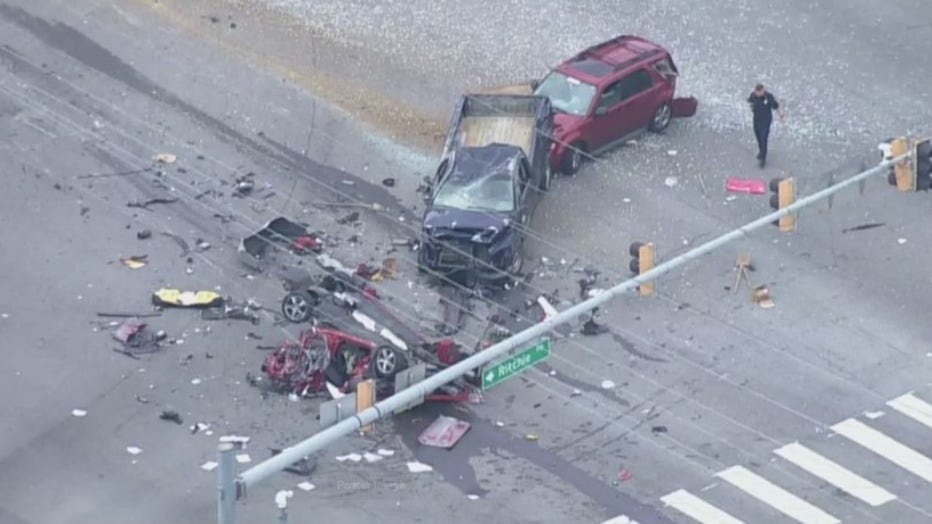 Police said they’re investigating whether a driver involved in a hit-and-run crash that injured a man on Central Avenue may have also been part of the three-car collision after leaving the first crash scene.

Police said no arrests have been made or citations issued.

Ismran Abdul, who has a business on Central Ave. said the road is dangerous and needs speed cameras.

Last Sunday, there was another wreck on the street, near the Beltway, that left a man dead and a woman critically injured, according to police.

Investigators on the scene said speeding is a major problem in the area, and they encounter people driving 40 to 50 miles over the 35-mile-per-hour speed limit.