The District of Columbia is calling in extra personnel to increase trash collections that have been delayed due to weather conditions.

Mayor Muriel Bowser's administration announced a 72-hour "All Hands on Deck" initiative beginning Friday to catch up on trash collections. Additional trash collection crews will be working Friday and through the weekend to collect waste.

As part of the effort, the city will have additional crews from its leaf team collecting trash. Private trash collectors will also be brought in to help with the city effort. The city is also salting alleys to make them passable for trash collectors.

City Administrator Rashad Young says the city apologizes for the delay in service. But he says the city will work to make sure all trash is collected.

A third winter storm in eight days hit the region Thursday. The inclement weather has seriously affected crews' ability to collect trash and some residents are fed up.

From far away, this alley near 19th and S Streets in Northwest D.C. may look like any other in the city. But if you take a closer look, you will see -- and possibly smell -- what has some residents steaming mad.

"It's disgusting," said resident Walker Matthews. "It's overflowing. We've got two bags of trash that we still have holding upstairs because there is no more room in trash cans."

Residents say it is heading towards two weeks since trash was last picked up behind these rowhouses. Sara Elkabar said the Department of Public Works told her the alley is too icy for trash collectors to safely navigate.

"They did not want to think this is a big deal, so I don't know what I pay taxes for," she said. "Just to have people have jobs and title and not take care of my simple problem called trash?"

Those who have lived here for several years say they can't remember it ever taking this long between pickups.

"Last time around, they were better about it," said Matthews. "I don't know what has changed."

Residents say there should be some urgency because the longer this goes on, the more it becomes not just a trash problem, but a rodent one too.

"I think the real problem is rats," said Stephen Bennett. "It's starting to pile up. It's rotten stuff and it's just piling up. It's just kind of nasty."

"We have had a bit of rat problem, but since the trash has been overflowing, I have been seeing them coming in and out of our trash cans and running around," said Matthews. "It jumped on my friend two days ago coming down stairs, so it's not good."

The Department of Public Works put out a statement saying it regrets continuing problems because of the icy conditions in many city alleys that are forcing residents to hold onto trash longer than normal.

The city says collectors can lose their license if they are at fault in an accident, and also have to consider their own safety navigating icy roads to pick up heavy bins.

Residents here are asking why at this point they just can't put their trash in front of their houses for pickup. Our calls to the Department of Public Works with that question were not returned Wednesday evening.

"We truly regret the inconvenience of having residents hold onto their trash and/or recyclables until the next collection day when weather conditions create unsafe circumstances for our collection crews.

"We ask our drivers to use their best judgment when driving their routes, keeping uppermost the safety of the crew and the public. All our drivers must possess a Commercial Driver's License to be employed by DPW in this capacity; and they can lose their license, and livelihood, if they are determined to be at fault in an accident. The drivers also weigh the risk to employees who collect the cans when determining if an alley or street is too icy to navigate. Injury to the crew or the public as well as property damage, weigh heavily on a driver's conscience even if an accident is not his or her fault.

"We have been asked about moving alley collections to the front when the alleys are unsafe. We have had little success with temporarily changing to a front collection because there is no means to ensure everyone gets the message to move their trash and recycling to the front and changing a long-held habit is very difficult.

"Additionally, we have many seniors and people with disabilities who are unable to move their trash from the rear to the front, so that is not a solution for them.

"Again, we do recognize we are inconveniencing the residents when trash and recycling aren't collected timely and hope that we have no more winter weather to impede our work." 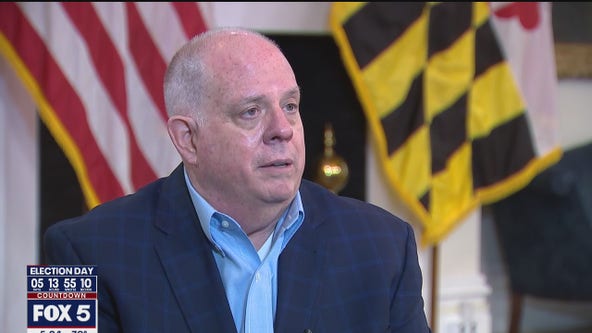