Kathleen Fitzpatrick’s full court basketball shot with her students on the playground earned her internet fame – but more importantly – her kids got a hot chocolate party!

WASHINGTON - Nothing but net!

Kathleen Fitzpatrick's full court shot hit the right spot for everyone – including her students when she sunk it last December on the playground at Holy Trinity School in Georgetown.

Fitzpatrick who teaches third-grade at the school made a bet with her class that if she made the basket she would treat them to a hot chocolate party.

Well, Fitzpatrick – Ms. Fitz to her kids – sunk it! She made good on her bet -- hot cholate for everyone! And video of her hitting the basket went crazy online! 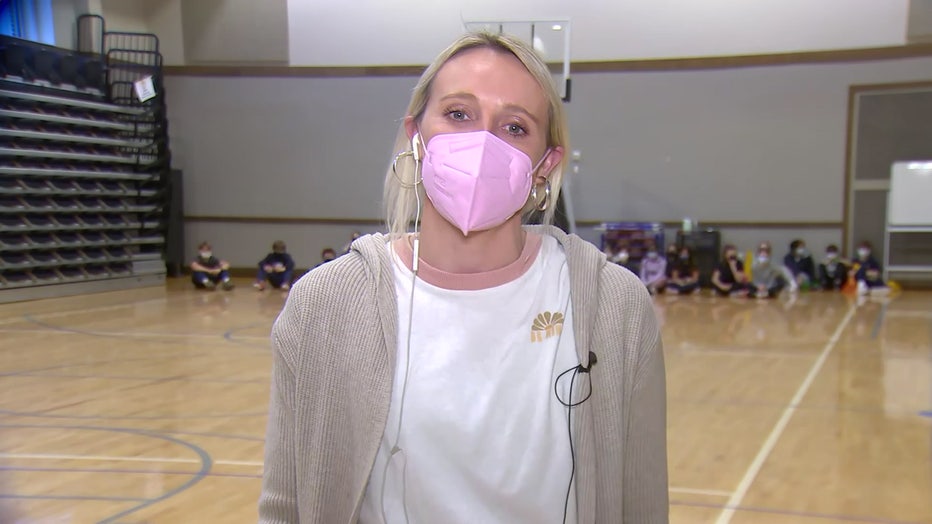 The former Rutgers University basketball player got some love from her old team who posted a picture of her from her playing days and said, "We knew that follow-through looked familiar ...Ms. Fitz was a Scarlet Knight!"

But video of her drilling the shot also caught the eyes of the NBA's most famous. Golden State Warriors star Steph Curry invited Fitzpatrick to his team's game against the Washington Wizards in March. She was also recognized by the Wizards during halftime of a game back in December.

"The excitement of the ball going in the hoop was one thing but a hot chocolate party at school was just a whole other level of excitement!" Fitzpatrick said about the experience from the point of view of her students. They've even asked her to make another shot with a s'mores party as a reward!

"I think the best part of it all is just to share our joy with so many people across the city, across the country and across the world!" she said.