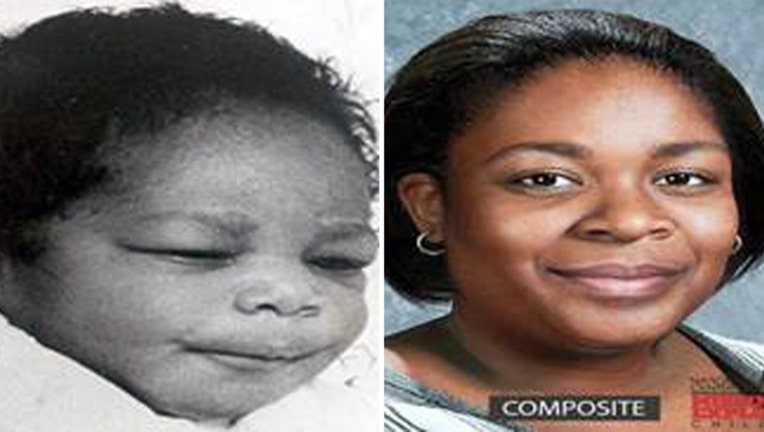 WASHINGTON - DC police have released a composite sketch of what a 3-month-old girl who was kidnapped 34 years ago would look like now.

Authorities say April Williams was just a baby when she was snatched from her mother's arms at a bus station in the 1200 block of New York Avenue, Northwest near downtown on Dec. 2, 1983.

The suspect was described as a young female with a slim build, standing about 5 feet 3 inches tall with spots on her face. Detectives said the suspect also had her ears pierced with two holes in each ear.

Williams had a notable birthmark on the top of her left wrist in a straight line, according to investigators.

The National Center for Missing and Exploited Children released a composite of what she would look like now.

Anyone with information that could aid detectives in their investigation was urged to call DC police at (202) 727-9099.