DC Police have released bodycam video from a fatal police-involved shooting in July.

According to the body-camera footage released Friday, the incident began around 4 p.m. on Saturday, July 30 when officers responded to the intersection of Georgia Avenue and Longfellow Street in Northwest for reports of two juveniles, aged 17 and 15, who had been shot in a nearby Auto Zone parking lot.

Police say a 911 caller told police that they saw a person hide a firearm in the area, before fleeing the scene in a white sedan. An officer who was responding to that call, found the white sedan described by the caller, and began following it in a marked police vehicle. 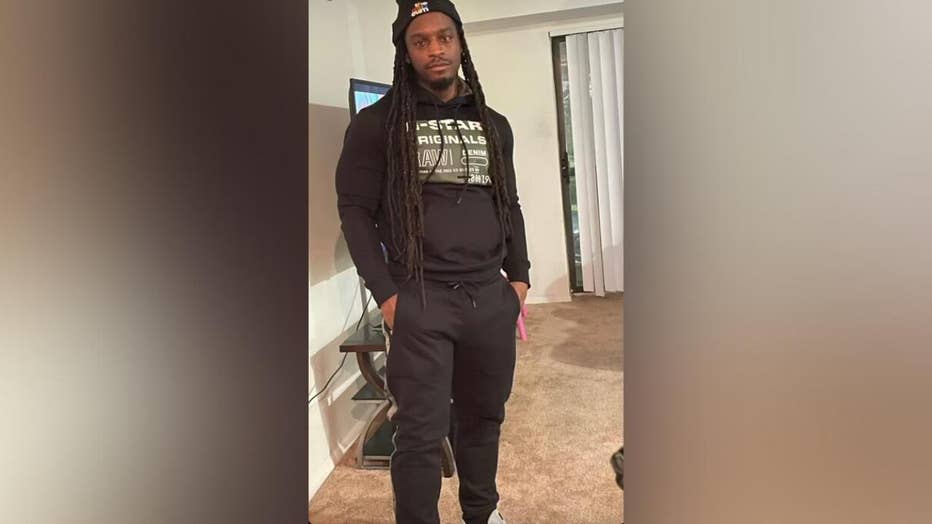 Once at the intersection of 2nd Street and Madison Street, the car crashed into a curb and became disabled. That's when four individuals jumped out of the car. Three of them ran away, and the fourth exited the car as the pursuing police officer arrived at the scene. Police say they are still searching for the three other suspect who fled the scene.

The body camera footage then shows the uniformed officer open his car door, partially exit, and yell "gun" at least five times before firing their weapon one time and hitting Hargraves-Shird in his right ear.

Metropolitan Police Department officials say they are not sure what prompted the officer to "gun" several times before firing his shot. Police are still investigating what led up to the shooting and whether any MPD policies were violated.

Police identified the officer involved as Fourth District Sergeant Reinaldo Otero-Camacho, a 17-year veteran of MPD. Officials say the officer has been placed on administrative leave.

Police say after the shooting, paramedics took Hargraves-Shird to an area hospital, where he was later pronounced dead. Police could not indicate how long it took authorities at the scene to render life-saving efforts to Hargraves-Shird.

The body camera footage from the officer involved in the shooting, shows a gun lying next to Hargraves-Shird's body after he was shot. Police say there is no video showing Hargraves-Shird holding the gun. Investigators are now conducting DNA analysis on the gun to confirm who it belonged to.

Vigil for man shot and killed by DC police officer

The family of a man shot by D.C. police gathered Tuesday in the city to remember him. The shooting happened this past weekend and body camera footage has not been publicly released yet. FOX 5's Lindsay Watts reports on what we know so far.

The victim's older sister, Serena Hargraves and other members of the victim's family, who were present at the press conference, dispute what MPD officials said.

The family believes Hargraves-Shird was shot in the back of the head without warning, did not receive adequate life-saving aid in the immediate moments after the shooting, and was placed in an ambulance handcuffed after the shooting.

The family also claims that the object seen next to Hargraves-Shird's body was a cellphone and not a gun.

Mayor Muriel Bowser addressed the incident saying: "You heard the chief talk about a shooting of two juveniles in an area that has been plagued by violence. You heard a detailed description provided by a citizen of people who saw the shooting, who saw weapons discarded, and who saw people flee the scene. You saw police officers flee the scene. And so, it is the responsibility of this police department to make sure people who are using guns in this city are dealt with by MPD and the justice system."

Police say the incident is pending review by the D.C.'s U.S. States Attorney's Office. Police say after that investigation is completed, the MPD's Internal Affairs Bureau will also investigate the shooting.