D.C. police discussed an incident in which an officer shot a suspected burglar on S Street, Northwest after spotting a gun early Sunday morning.

WASHINGTON - A D.C. police officer shot a 17-year-old suspected of breaking into cars when he allegedly spotted a gun on him, MPD confirms.

According to police, officers were responding to break-ins in the 800 block of S Street, Northwest around 2:20 a.m. Sunday when they encountered the suspect, a 17-year-old juvenile.

The suspect was reportedly inside a vehicle when they arrived.

The officers say they repeatedly told the suspect to get out of the vehicle.

When an officer noticed the suspect had a gun in his hand, he fired, striking him in the "lower body." 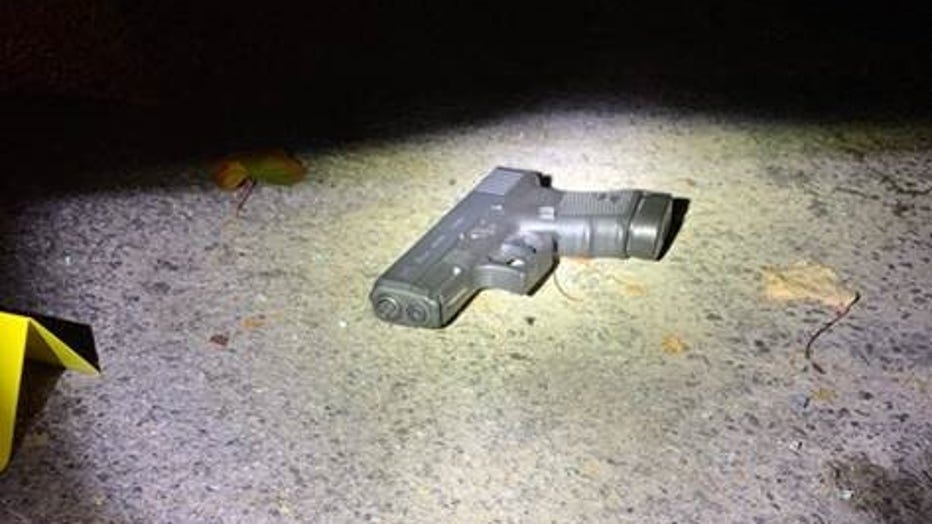 The suspect’s firearm that was recovered on the scene. (PHOTO: MPD)

After the suspect received first aid, he was transported to a local hospital.

Police said his injuries are not life-threatening. The suspect, who has not been identified, was arrested and charged with Assault on a Police Officer While Armed, Carrying a Pistol Without a License, Possession of an Unregistered Firearm, Possession of Unregistered Ammunition, Theft From a Motor Vehicle and Destruction of Property.

The MPD member involved has been placed on administrative leave, pursuant to MPD policy. Body-worn camera footage from this incident is currently under review.

This case remains under investigation. Anyone with information is asked to contact MPD at (202) 727-9099.