Right now, there is an unprecedented security operation underway in the nation’s capital. Of course, there’s a very good reason for it, but that doesn’t mean area businesses aren’t suffering as a result.

WASHINGTON (FOX 5 DC) - Right now, there is an unprecedented security operation underway in the nation’s capital. Of course, there’s a very good reason for it, but that doesn’t mean area businesses aren’t suffering as a result.

She’s the president and co-owner of Lee’s Flower and Card Shop, a D.C. institution that’s been around for more than 70 years.

INAUGURATION DAY 2021: Everything you need to know

Banks said that with all of the enhanced security, employees are struggling just to get to work since many of them take the Metro, and her delivery drivers can hardly get around town due to roadblocks seemingly everywhere you look.

"I don’t think people realize that there’s a community that lives here," Banks explained. "There are business owners, you know, kids, students that live here. It’s just really a terrible time for our city."

READ MORE: 'Core areas' of National Mall to close ahead of inauguration through at least January 21, says NPS 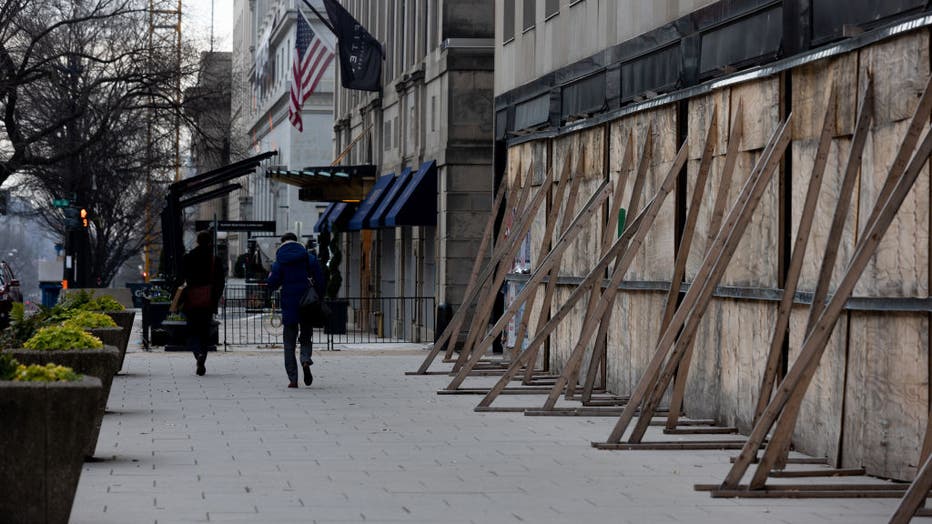 A business storefront is enclosed by protective plywood days before Inauguration Day in Washington, D.C. January 14, 2021. (Photo by Aurora Samperio/NurPhoto via Getty Images)

And other businesses – already struggling with COVID – have it even worse.

"Adding to that an additional stress is not like the most encouraging situation for anybody," said Angela Franco, the interim president and CEO of the D.C. Chamber of Commerce.

She pointed to a study conducted by the District’s CFO in September of 2017. It found that inaugurations typically generate more than $31.4 million in economic activity. But this year, that may not be the case at all.

"There’s a lot of additional impact on the community," Franco said.

It leaves community cornerstones like Lee’s doing everything they can just to get by.

"Just keep on trucking," Banks concluded. "Trying to make sure that we are here tomorrow."