WASHINGTON - D.C Bike had one of the biggest celebration of bicycling Saturday morning.

The new and improved 20 mile ride allowed thousands of cyclists to tour the city’s famous sights and sounds, during the car-free event’s seventh annual year.

"Great weather, it was a nice ride and it was just nice to get out and stretch out the legs some," said one participant.

While D.C Bike Ride celebrates bicycling as a form of healthy living, fitness, and transportation, it also acknowledges and supports diversity and inclusion as part of its day long event.

It’s one of many reasons that Adina Crawford of the District told Fox 5’s Ayesha Khan, she rides for, every year. 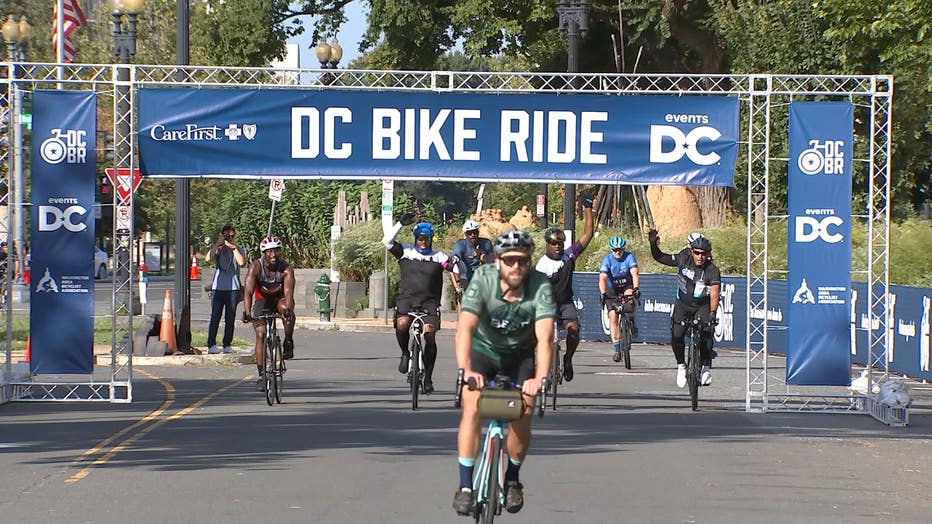 "The personal meaning for me is community," said Crawford.

"I am more focused on getting those of us who are people of color out on the bikes, getting them out and moving. We have a space also so I think it’s important for us to get out and be a part of the community."

"This isn’t just about Saturday and the ride but over the past six years we have donated over $170,000 to local community programs," explained event and partnership coordinator, Danielle Berman.

Some of those community programs include D.C based, Dreaming Out Loud. 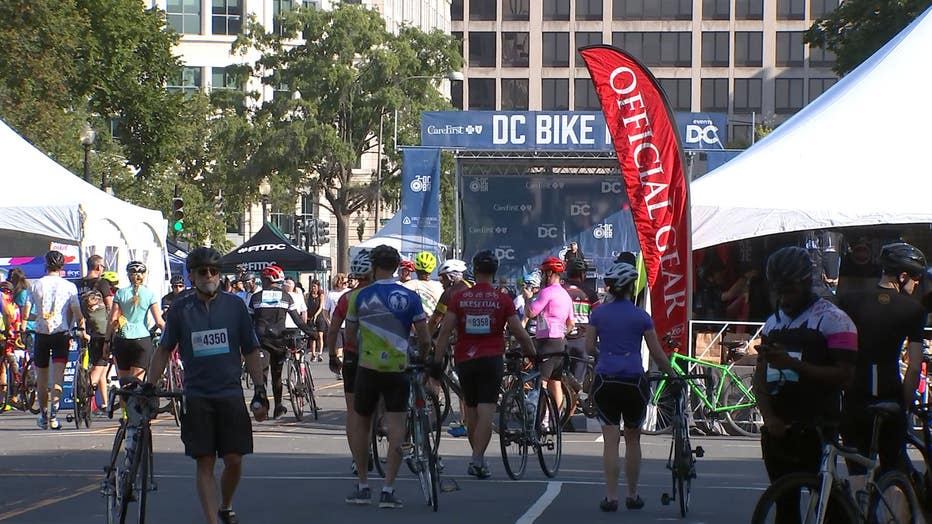 The non-profit helps many areas of the District grow healthy foods while also gathering produce from several other states that goes into community based food access programs.

"D.C Bike Ride has supported us over the past couple of years," explained executive director, Chris Bradshaw.

"We raised about $25,000 and each time that we have done this, it helped us to continue with incredible programs but also one thing that we are working to fundraise for, is building a learning pavilion at the farm at Kelly Miller (Middle School) in Ward 7."

Organizers and some participants said that the event is not just about riding and taking in the culture of D.C but also serves as a reminder that the organization as a whole, keeps the community and its needs at the forefront.

"I feel like D.C Bike Ride and Dreaming Out Loud are kindred spirits," said Bradshaw. 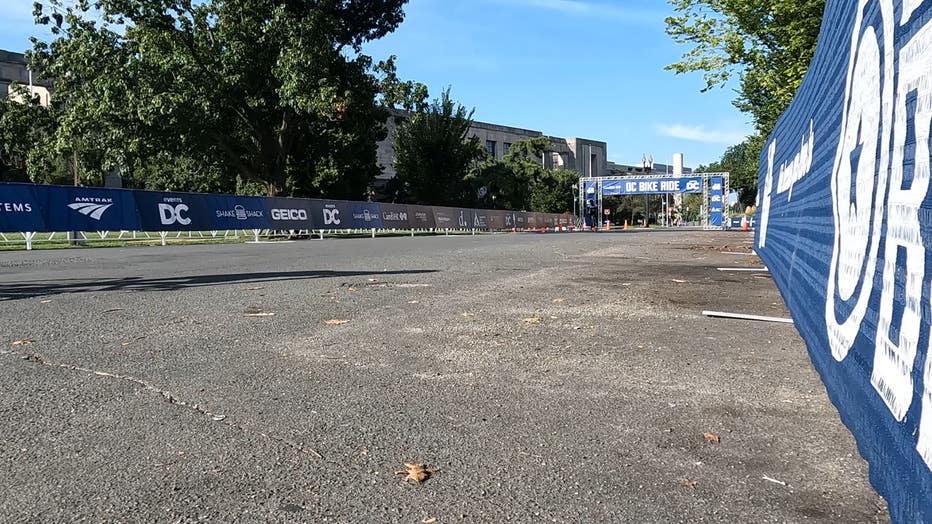 "There is just so much synergy centered around health because your physical health is impacted by how much you are moving as well as what you eat."

"For us it’s about touching as many parts of the D.C community as we can," said Berman.

"It’s about access, it’s about making sure that this is something that anyone in D.C, no matter what neighborhood they live in, they can come, they can ride and have a great time."

The ride ended with a Finish Festival party that included music, eats and activities for all-ages at the National Mall in front of the U.S. Capitol.