Many people may be poppin' bottles for New Year's Eve, but a growing number of residents in the DMV will celebrate 2023 with nonalcoholic beer, cider instead of wine, and mocktails.

WASHINGTON - Many people may be poppin' bottles for New Year's Eve, but a growing number of residents in the DMV will celebrate 2023 with nonalcoholic beer, cider instead of wine, and mocktails.

The "sober curious" and "mindful drinking" movement is gaining traction in D.C., and businesses are taking advantage of it.

D.C.'s first zero-proof bar, Binge Bar, is set to open on H Street in Southeast in the coming months. It will give all the atmosphere and flavor people are looking for but without the booze.

In Alexandria, the bottle shop and tasting room, Umbrella Dry Drinks, is becoming a local favorite.

READ MORE: Beyond Dry January: The rise of non-alcoholic drinks in the adult beverage market

"Some people, they are looking for 0.0 no alcohol whatsoever," Goedrich said. "Other people, the .5% is fine. Some people are looking to cut back in the week, and are still buying alcoholic drinks for the weekend." 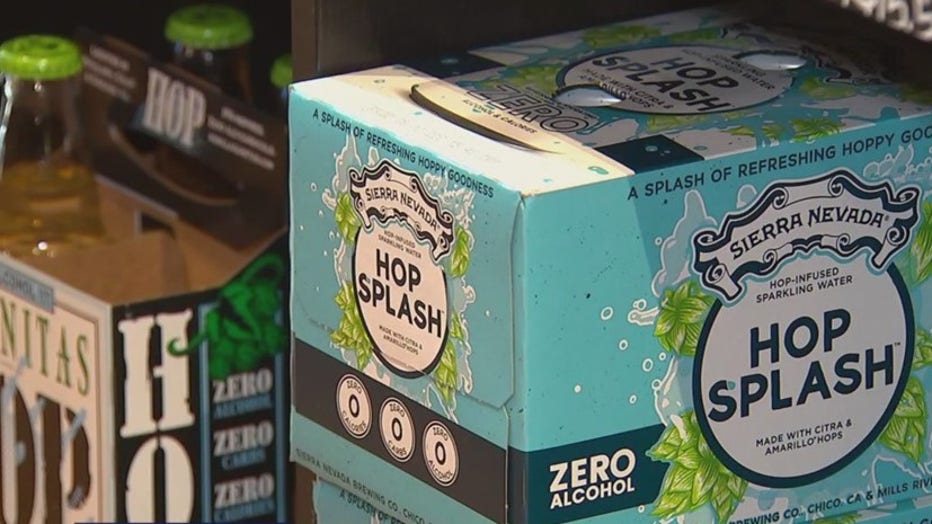 "I think it’s great that we have an alternative that’s tasty, that’s actually interesting to drink, and has as much complexity as a regular alcoholic beverage," said Loren Copsey, a Craft Beer Cellar customer who was buying some alcohol-free rum for New Year's Eve.

Alexandria's Port City Brewery is capitalizing on the movement. The brewery is distributing non-alcoholic hop-infused water just in time for Dry January.

If you're interested in the mindful drinking movement, keep an eye out for the second Mindful Drinking Festival in D.C. set for mid-January.