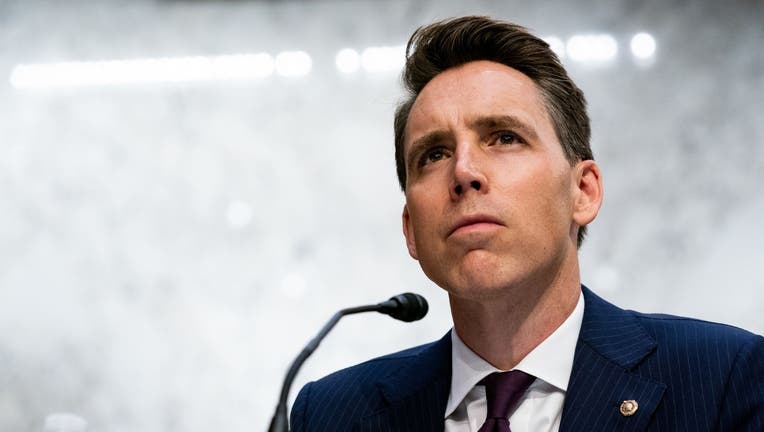 FAIRFAX COUNTY, Va. - Missouri Senator Josh Hawley and protesters who went to his home in the D.C. area are offering distinct accounts of the encounter on Tuesday morning.

Hawley was back in Missouri on Monday, but his wife and newborn daughter were reportedly in the house in Fairfax County.

According to Hawley, the protesters "screamed threats, vandalized, and tried to pound open" the door, adding "My family and I will not be intimidated by left-wing violence."

A ShutDownDC spokesperson told the Washington Post that they were protesting Hawley’s stance on the 2020 election results.

The Senator said several days ago that he intends to challenge President-Elect Joe Biden’s victory this week when the Senate and the House of Representatives convene on Jan. 6 to count the electoral votes.

ShutDownDC protesters countered that they went to Hawley’s house and "sang songs, chanted and shared stories."

Their own video, however, shows multiple people outside the home, using a megaphone to encourage a group of a little more than a dozen protesters.

It also shows protesters approaching the home, and scrawling on the sidewalk in front of it.

Vienna Police say they responded to the scene and explained to the protesters that it is illegal to picket within 50 feet of a home.

In addition, police said they were violating town noise and trash ordinances.

According to police, the protesters cleaned up the trash, and left the scene.

No one was charged in connection with the incident.

FOXNEWS.COM CONTRIBUTED TO THIS REPORT