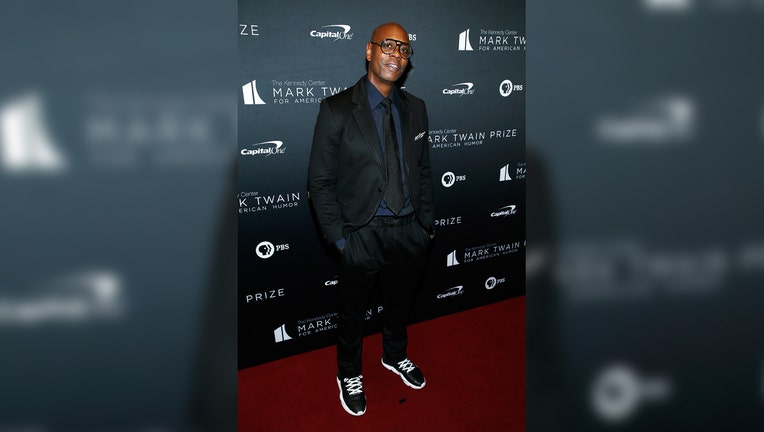 "Going there was one of the great privileges of my life," he said on the red carpet as he headed in to accept his Mark Twain prize for lifetime achievement in American comedy. "DC in the 80s was turbulent and I met a bunch of young black artists who taught me it was ok to be different. It was ok to be weird."

"He's a beacon for a lot of different progressive thought," he said as he entered the Kennedy Center Sunday night. "He's always been a leader in thought and culture. He says provocative things and I respect that. He brings uncomfortable things up and now we have to discuss it. I think he's one of the greatest, not just entertainers but the greatest minds we have in this day and age."

Musician John Legend also paid tribute to Dave Chappelle's passion for music and determination to use his influence to spotlight different artists. Chappelle's show, during its short 2 season run, featured unique performances by a host of hip hop and soul artists. At the height of his fame, Chappelle organized "Dave Chappelle's Block Party," which was a movie built around an all-star concert featuring Legend, the Roots and a reunion of The Fugees.

"He's a gifted curator who blends different worlds seamlessly," Legend said. "That's why you see so many musicians coming to this stage to pay tribute."

Chappelle was accepting his Mark Twain prize for lifetime achievement in American comedy at the Kennedy Center for the Performing Arts in Washington.