DALLAS - Drivers expect traffic on I-35 during the morning commute in Dallas. But dash camera video captured by one driver showed something different – a man zipping up the interstate on an electric rental scooter.

The video shows the lime scooter rider make his way lane by lane across six northbound lanes of traffic on the interstate, which has a 70 mph speed limit. The top speed of the scooters is about 17 mph.

The video was recorded just before 9 a.m. Monday in the lanes near the American Airlines Center and the northbound exit for Victory Avenue and High Line Drive. The scooter rider moved from the far left lane to the exit lane in about 15 seconds, looking behind him each time before changing a lane. 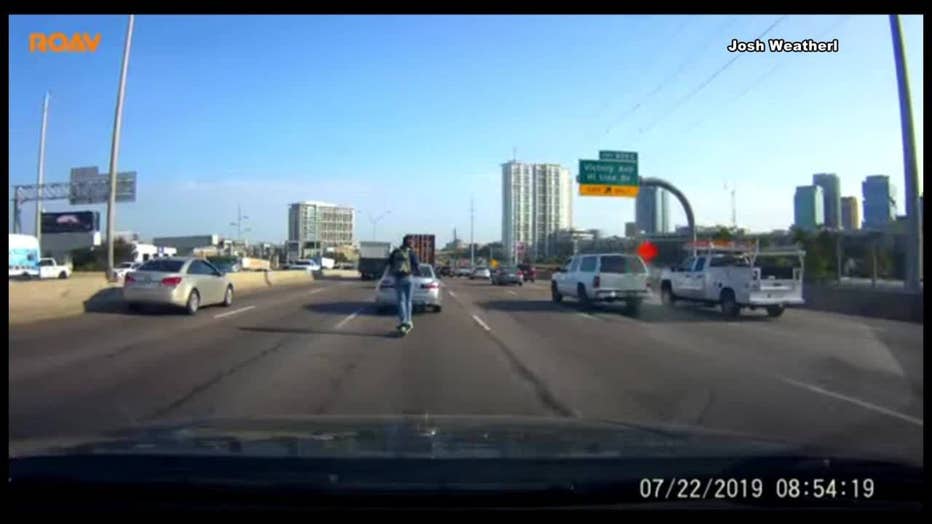 The slow moving morning traffic along with alert drivers gave the scooter rider plenty of room to get off of the road, apparently without any incident.

Lime representatives reiterated that scooters are not permitted on highways or interstates and encouraged all users to scooter responsibly.