NORTH CHESTERFIELD, Va. - Khaki pants, a blue blazer, and a semi-automatic handgun make up the uniform of a suspected bank robber police have dubbed the 'Dapper Dan Bandit' – a man who they consider armed and dangerous.

Authorities say on the afternoon of September 29, the suspected armed robber entered a First Community Bank in North Chesterfield, Virginia and demanded money from the teller.

Police say he stuffed the bills in his pocket and fled on foot. 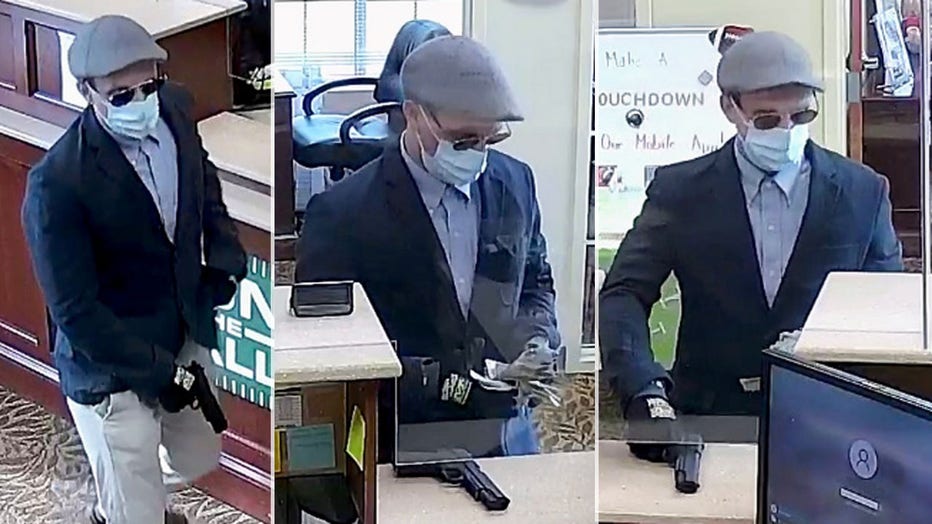 He also had on a pair of sunglasses, a white medical-style mask, and black "mechanics" gloves with white lettering.

Officers describe the suspect as a white male with a slim build, between 5-feet-8-inches and 5-feet-9-inches tall. They say he is between 40 and 50 years old with brown/auburn hair.

Officials say the firearm he was carrying appeared to be an all-black semi-automatic handgun with a silver barrel. Police consider him to be armed and dangerous