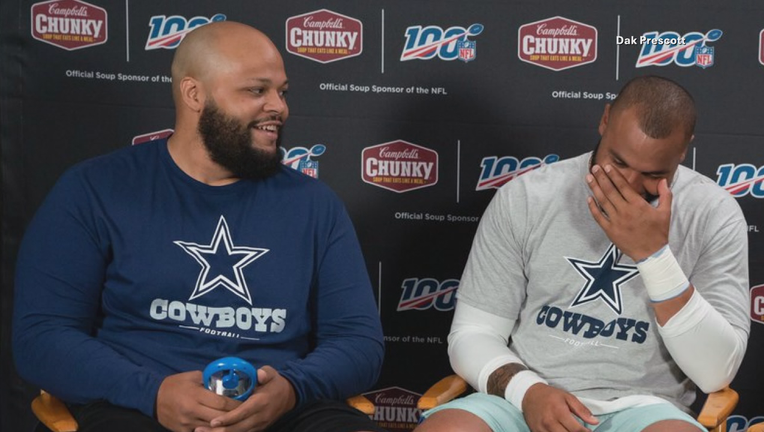 Jace Prescott was a college star at Northwestern State in Louisiana from 2008 to 2010. Dak called him an inspiration for his NFL career.

Jace had recently joined Dak and their brother for a Campbell's Soup media campaign.

A Cowboy's spokesperson confirmed that Jace passed away Thursday morning at his home in Orange, Texas.

"It is with great sadness and support that we share the news of the passing of Jace Prescott today," the spokesperson said. "At this incredibly difficult time, the Prescott family asks only for prayers and respect for their privacy."

There is no public information on Jace's cause of death. He was 31 years old.