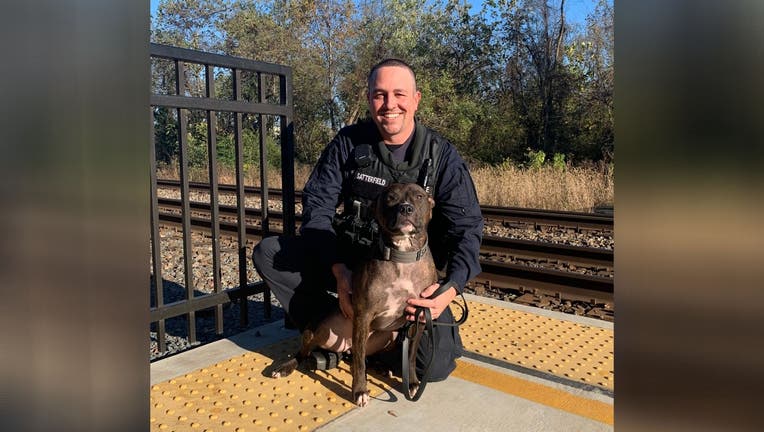 CULPEPER COUNTY, Va. - The Culpeper police department have a new pup to help them take a bite out of crime.

“Skyla” is the department’s second rescue canine partner, and their first pitbull.

Skyla and her handler, K-9 Officer Satterfield, are a certified narcotics detection team.

According to the department, they were looking for a new K-9 after the retirement of “Jackson.”

After department brass said they wanted to target rescue dogs for the K-9 unit, Satterfield tested Skyla on a whim.

When she showed an aptitude for narcotics work, they were sent to handler school, where they received their certification earlier in the month.

When off-duty, Skyla stays at home with her younger adopted sister, Piper, another pitbull mix.