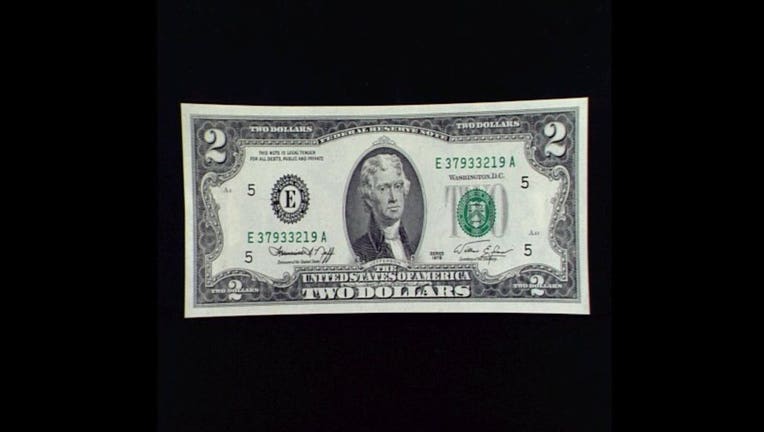 HOUSTON, TX - A Texas eighth-grader was reportedly investigated for forgery after she attempted to use a $2 bill to pay for her school lunch.

According to student Danesiah Neal, she was trying to buy chicken nuggets with the $2 bill her grandmother gave her, but school officials took the bill and said it was a fake, KTRK reports.

"I went to the lunch line, and they said my $2 bill was fake," Danesiah told the news station. "They gave it to the police. Then they sent me to the police office. A police officer said I could be in big trouble."

Officials at the school then called the student's grandmother, Sharon Kay Joseph, and asked, "'Did you give Danesiah a $2 bill for lunch?' He told me it was fake," the grandmother said.

An investigation into the $2 bill led officials to a local convenience store that gave it to Joseph, KTRK reports.

Police were then led to a bank where the 1953-issued bill was examined and later determined to be real.

"He brought me my $2 bill back," Joseph told KTRK. "He didn't apologize. He should have, and the school should have because they pulled Danesiah out of lunch, and she didn't eat lunch that day because they took her money."

Charges were not filed.

"It was very outrageous for them to do it," Joseph said. "There was no need for police involvement. They're charging kids like they're adults now."

KTRK analyzed all police reports from three Houston-area school districts since the 2013-14 school year and reportedly found a total of 40 similar cases in which students faced felony investigations for alleged forgeries in the lunch line, EAG News reports.

According to KTRK, a felony forgery charge carried up to a 10-year prison sentence and remains on a student's criminal record for life.