Fox 5's Sierra Fox reports that civic groups, community advocates, and local residents are requesting for a stretch of road in Arlington be made safer for pedestrians, and cyclists.

Arlington County Public Schools Parent, Gillian Burgess, says there are three schools along South Carlin Springs Road, and the traffic, as well as the congestion, makes her worried about children’s safety.

"This is a tough road because it is seen for drivers as a good connection between route 50 and Columbia Pike to the South and then going North from Route 50 all the way up to Ballston," Burgess said. "It’s really wide for cars. There’s a lot of space for cars, easy to drive on, and so it attracts a lot of car traffic. Unfortunately, [that] makes it very dangerous if you’re not in a car."

South Carlin Springs Road isn’t the only issue. The north side of the street has problems too.

That’s why members of the Bluemont and Arlington Forest Citizen Associations wrote a resolution to the county requesting slower speed limits, safer crosswalks, and more police in the area. Neighbors say the sidewalks need to be wider and more accessible. There are also maintenance issues with low-hanging wires in spots. Students at schools like Kenmore Middle often walk along this stretch of road. 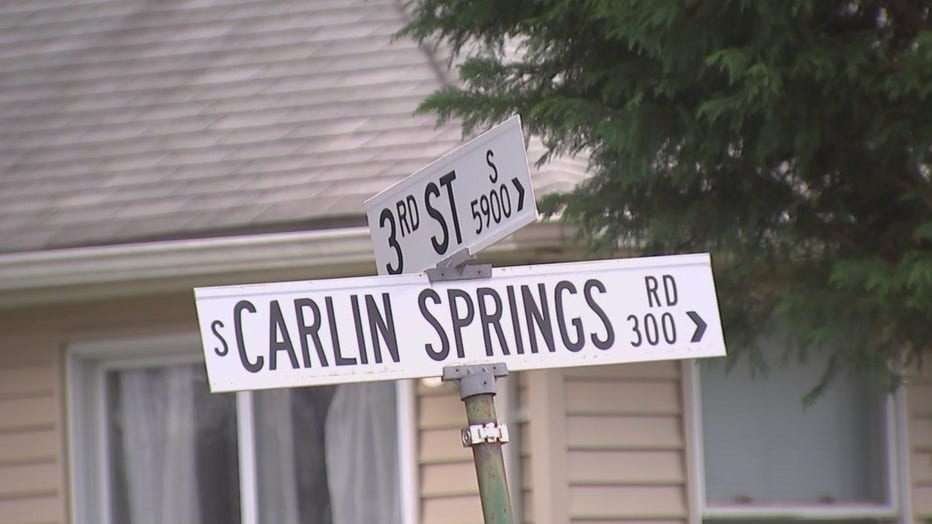 On Wednesday morning in Bethesda Maryland, a 7-year-old boy was hit and killed by a car while waiting at the bus stop. Elder Julio-Basurto, Arlington Community Advocate, wants to see safety measures put in place to prevent another tragedy.

"That’s the scariest thing to hear because we don’t want anything like that to happen. Prayers up to that family," Julio-Basurto said.

The Arlington County Department of Environmental Services sent Fox 5 this statement about their plans:

"This week we responded to Bluemont and Arlington Forest Civic Associations’ joint resolution with information about further evaluation to address safety on North Carlin Springs Road.

"DES’ Transportation Engineering & Operations is conducting a study of roads throughout the County with 30 MPH speed limits, including North Carlin Springs Road. This study is expected to be completed before the end of the year, and will tell us what streets could qualify for lower speed limits or other methods of speed reduction. Arlington County Police Department has also said they will provide extra checks as time and staffing permit. An investigation for the two intersections (2nd Street N/N Jefferson St, and at N Greenbrier St) that were named in the joint resolution has been initiated."

"Over the last several years, the Arlington Forest and Bluemont Civic Associations have been partnering with Arlington County to improve pedestrian, bicyclist, and traffic safety along North Carlin Springs Road. We are gratified that the County has implemented a number of changes that have enhanced safety. A recent resolution from our civic associations to the County outlined additional measures that we believe will provide more protections for travelers. We look forward to the results of ongoing County safety studies to assess what further measures are feasible, and further collaboration with the County to maximize public participation and input."