The stars seem to have aligned for one New York couple, as they were visited by the comet NEOWISE on their engagement night.

LOS ANGELES - Stargazers, grab your binoculars: A recently discovered comet is on its way to the inner solar system and is expected to light up the night sky this weekend.

Astronomer Greg Leonard first discovered Comet Leonard earlier this year, in January, and according to astronomers, this comet is our best and brightest comet to see in 2021. 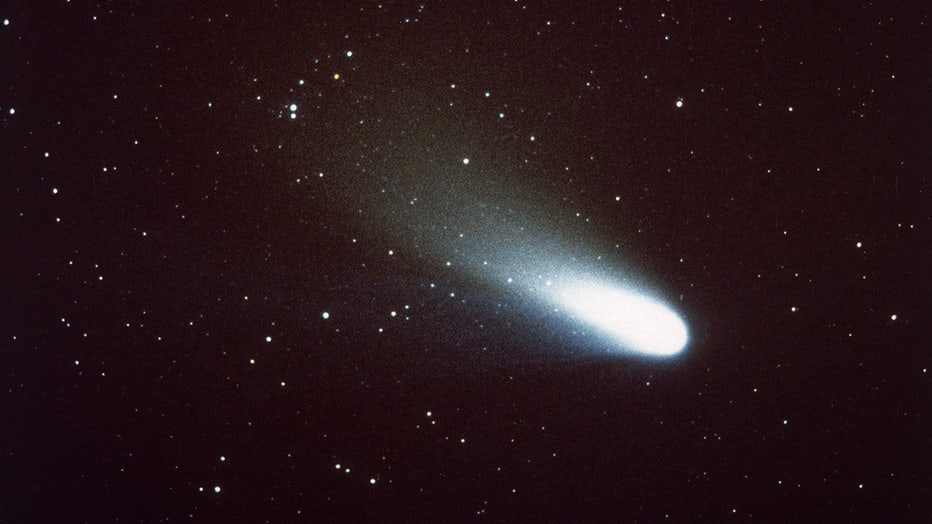 Leonard is an ultrafast comet, traveling at 158,084 miles per hour relative to Earth, but despite its incredible speed, it will still appear to move slowly due to the large distances involved.

According to EarthSky, orbital calculations revealed that the object has spent the last 35,000 years wending its way sunward, but after this current close sweep past our sun, Comet Leonard will disappear forever.

How to watch Comet Leonard

Comet Leonard will sweep closest to Earth on December 12, passing about 21 million miles away.

Leonard will likely not be visible to the eye alone, but it’s a good binocular comet.

While Comet Leonard should be getting brighter as it approaches the sun, Space.com said it seems to be fading.

According to the outlet, the likely reason for this is that Comet Leonard is already splitting up, or it will begin to do so soon.

RELATED: 4660 Nereus, asteroid the size of the Eiffel Tower, to fly past Earth

Keep in mind that temperatures on December evenings can get chilly in North America, so be prepared for cooler weather.

If you prefer to stay indoors for the event, you can also live stream the comet on VirtualTelescope here.

This weekend, an asteroid roughly the size of the Eiffel Tower will also fly past Earth, coming within 2.4 million miles of our planet on Saturday.

Comets and asteroids are both leftovers from the formation of our solar system and orbit the sun similar to how Earth does, but comets are icier and develop tails as they approach the sun, NASA says.