The Florida Department of Health says there are more than 700,000 Floridians with medical marijuana cards. Getting their hands on their ganja is about to get a lot easier.

OCALA, Fla. - Soon Floridians will be able to buy medical marijuana at the same place you fill up your gas tank.

Circle K, the global convenience store retailer, has signed a deal with Green Thumb Industries Inc. – one of the largest U.S. cannabis producers – to sell licensed marijuana at up to ten of its Florida gas stations starting in 2023.

According to a press release from Green Thumb, the company will lease space from Circle K locations for its "RISE Express" branded dispensaries, which will be located adjacent to the gas station retail stores.

"The opening of RISE Express stores at Circle K locations is a game-changer. Convenience is a strong channel in retail, and people want more access to cannabis," said Green Thumb Founder, Chairman and Chief Executive Officer Ben Kovler in a statement. "The new RISE Express model is a huge step forward in making it easier and more efficient for patients to purchase high-quality cannabis as part of their everyday routine when stopping by their local convenience store." 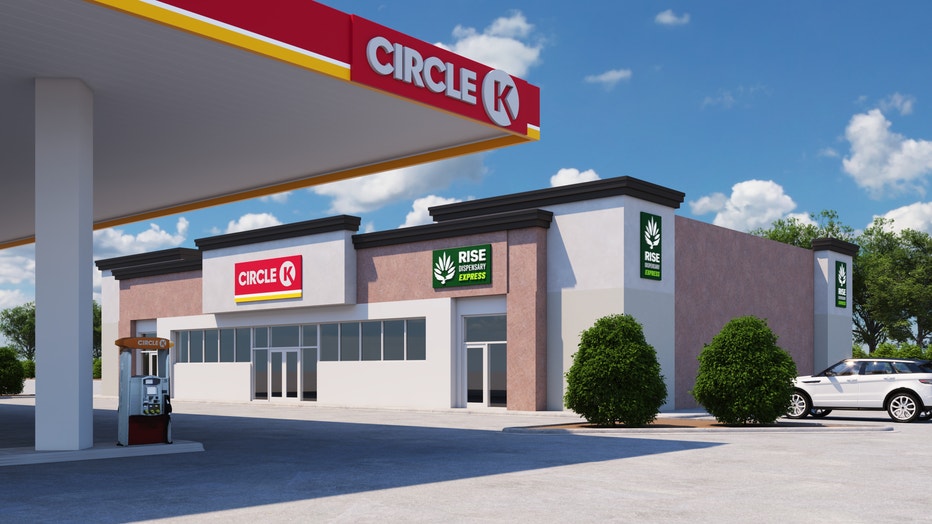 The products available at the Circle K stores will come from Green Thumb's new 28-acre cultivation facility in Ocala, Florida, which is expected to be in operation by the end of 2022. The company currently has an existing cultivation and processing facility in Homestead, Florida.

A list of where the dispensaries would open in Florida was not announced.

Green Thumb has been in the Florida market since 2018 and has several medical cannabis retail stores around the state including in Bonita Springs, Oviedo, and West Palm Beach. According to the Florida Department of Health, over 700,000 Floridians are currently registered active cardholders in the state’s medical marijuana program.