D.C. Mayor Muriel Bowser has encouraged counter-protesters, including Black Lives Matter groups, to stay away from the rallies for safety reasons. Interim Senior Minister Dr. Amy Butler says this is the church's way of still advocating. 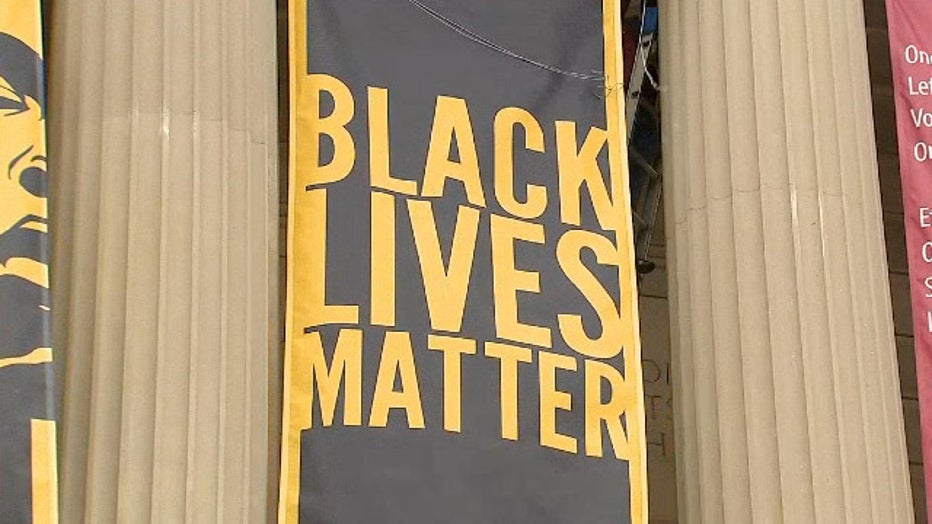 National City Christian Church in Thomas Circle plans on hanging a large Black Lives Matter banner from its front columns on Wednesday as pro-Trump supporters flood into the District for planned protests.

"At the direction of officials, we will keep the church building closed tomorrow and our clergy will participate in appropriate actions only when they can ensure safety," she said in a letter to the congregation. "Large Black Lives Matter banners will hang from our columns beginning tomorrow morning, signaling to the neighborhood and to the city our witness and support for justice."

The pro-Trump protests in the city come as Congress meets to certify the electoral results of the 2020 presidential election. Many GOP lawmakers have already vowed to challenge the results, emphasizing the claims made by President Trump that widespread voter fraud caused him to lose the election to President-elect Joe Biden.

"In our streets, we will hear messages of hatred and exclusion," Butler continued, "but we will reject them in the name of the Prince of Peace."