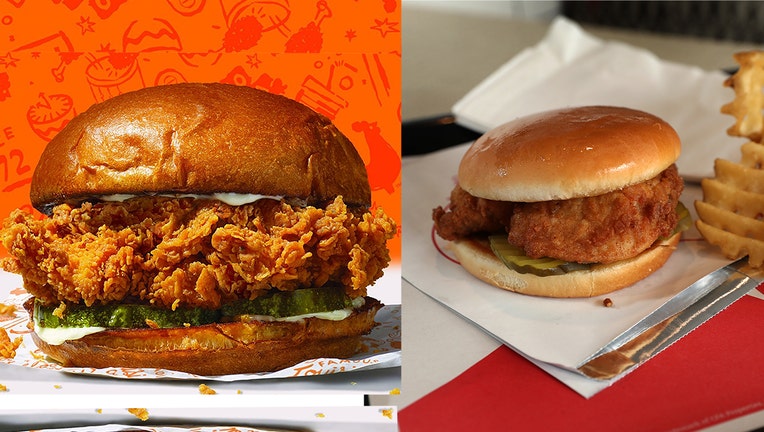 Popeye's has released a new chicken sandwich (pictured left) that has sparked a twitter feud.

LOS ANGELES - Popeyes and Chick-fil-A have sparked a Twitter feud over who boasts the best chicken sandwich, causing a social media frenzy as people began to choose sides in the latest fast food face-off.

Popeyes released a new chicken sandwich at the beginning of August, and while the new menu item was an instant hit, Chick-fil-A apparently felt that this town wasn’t big enough for two chicken sandwiches, tweeting, "Bun + Chicken + Pickles = all the ❤️ for the original."

Many took this as a subtle jab at Popeyes’ attempt at dominating the chicken sandwich market, firing back “… y’all good?” on Twitter.

There have been a flurry of reviews lauding Popeyes as the new king on the block, but the glowing praise didn’t stop other fast food companies like Wendy’s from trying to make their case for the throne, tweeting, “Y’all out here fighting about which of these fools has the second best chicken sandwich.”

Fans of Popeyes are also citing the new sandwich’s cheaper price and bigger size and availability on Sunday as clear evidence of its superiority.