Cherry blossoms blooming already? No - but these trees on the National Mall are

You’re taking a walk around the National Mall and something beautiful catches your eye. Is that a cherry blossom? Could it be? It’s only January!

WASHINGTON - You're taking a walk around the National Mall and something beautiful catches your eye. Is that a cherry blossom bloom? Could it be? It's only January!

A closer look reveals that no - the famous cherry trees are not blooming months ahead of schedule.

Instead - what you are probably seeing are flowering Japanese plum trees that are embracing the warmer temperatures.

"It's one of those sort of annual rites of spring," said Mike Litterst with the National Park Service. "The plum trees come out – everybody sees them and goes, ‘Oh, white petals – it must be the cherry trees,' – and people start to freak out" 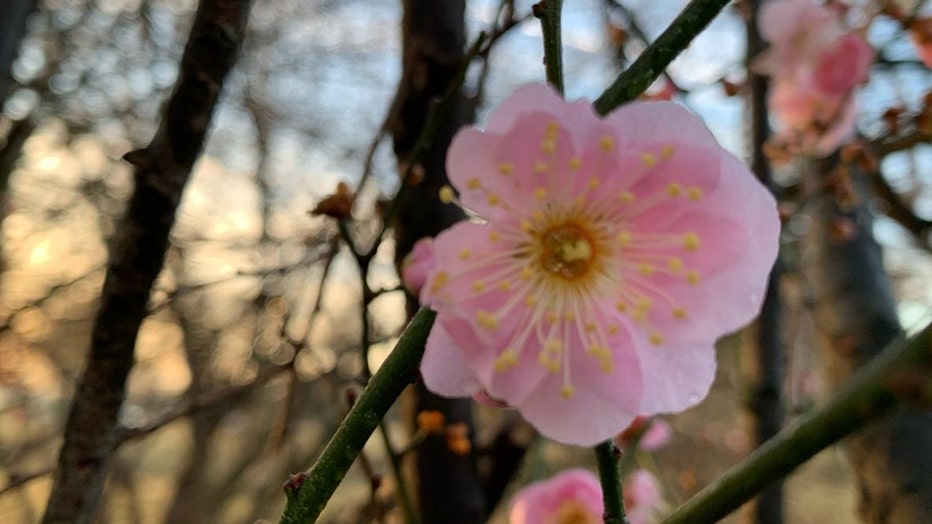 Litterst said the mild winter is definitely affecting the plum tree blossoms which are flowering about two weeks early this year. Forsythia flowers around the MLK Memorial are also blooming early this year, he said. 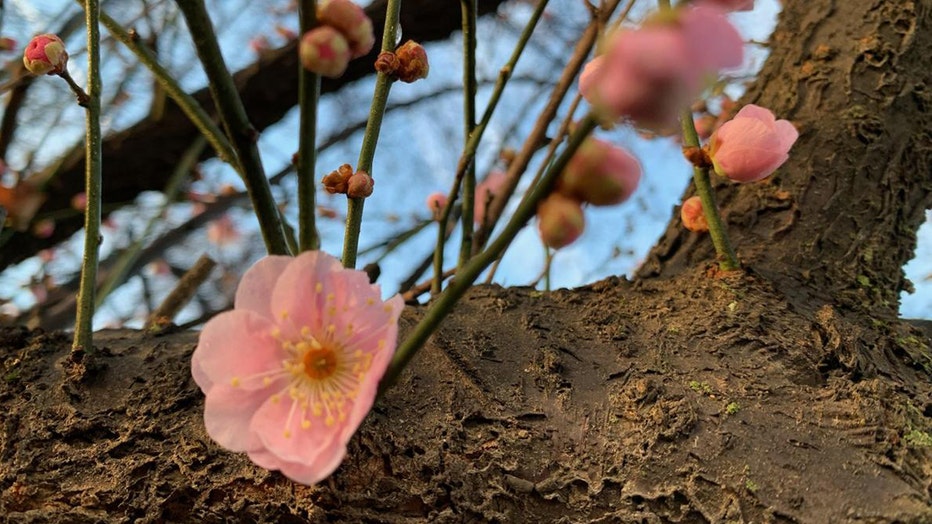 Litterst said it's too early to start speculating when the famous cherry blossom trees will bloom. He added that just because we are having a warm winter doesn't necessarily mean we're going to have a record early bloom. Deep freezes and fluctuating temperatures shouldn't affect the Yoshino trees - the variety that we talk about when we talk about peak bloom, Litterst added. Those flowers are tightly in their buds.

FOX 5's Tucker Barnes and Claire Anderson say the earliest recorded peak bloom of the cherry blossoms was on March 15, 1990.